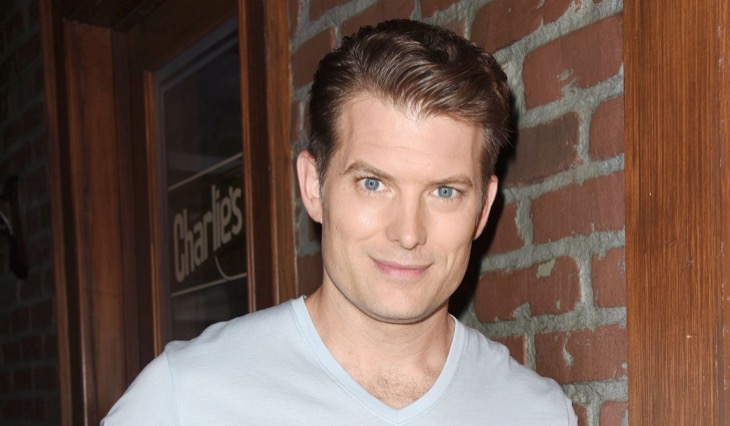 General Hospital news says that Mark Lawson (Dustin Phillips) is opening up about his exit from the show. Even though it feels like he just made his debut in Port Charles, NY, the time has come for him to say good-bye to not only everyone on the show, but especially his fans, as they have shown him great support from day one. Here’s what he has to say.

Speaking to Soap Opera Digest in a new interview, the handsome actor puts it this way, “My last day on set was really emotional because I had such a good experience there. General Hospital and I have had kind of a flirty relationship for a few years. I have screen-tested for a few other parts, and then I got offered this one, which was wonderful, but there was no promise it was going to go very long, so every day on that set, to me, was like golden time.

Every day was like, ‘Hey, I didn’t expect this one!’ I’m not trying to down-talk some of the work that we did, but there were days that felt pretty mundane. And even those, I was really trying to mine everything I could out of it and appreciate it. And I got to spend a lot of time and work with a lot of wonderful people.”

Now, seeing how there’s always a possibility that we might see Dustin Phillips again in the future, Mark adds that he would love to come back, should the opportunity present itself. Here’s hoping that will be the case. For now, though, fans will simply have to tune in to find out how Dustin’s storyline will end. General Hospital airs weekdays on the ABC network. Check your local listings for times.