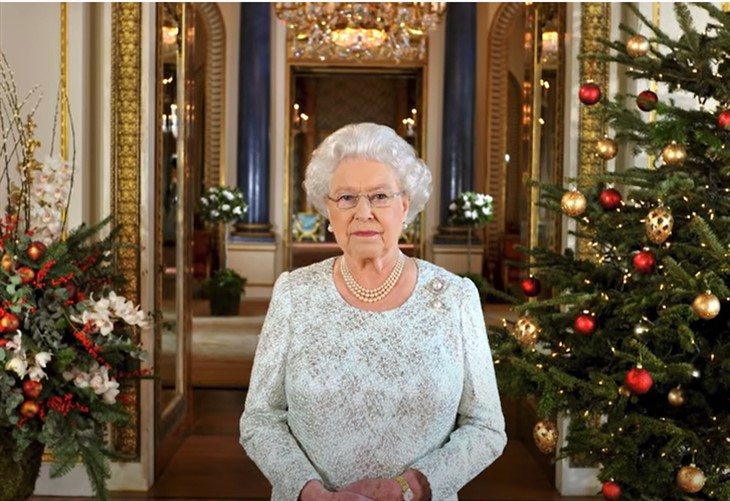 British Royal Family news reveals that the United Kingdom royals have dozens if not hundreds of traditional protocols to observe with each other as well as the public.

When it comes to the holidays the rules don’t go away but as most families do they like to enjoy the day with good cheer, fabulous food, and presents.

This year will be quite different due to the coronavirus restrictions but usually, the Queen, her husband, Prince Philip, her children, grandchildren, and great-grandchildren gathered at Buckingham Palace and Sandringham House for Christmas.

During a typical year, the celebrations begin the day before. The Independent reports that the family opens presents on Christmas Eve, which is in keeping with their German heritage. Usually, the unwrapping starts after afternoon tea.

The family is known for its love of gag gifts which might surprise you given their otherwise rigid and protocol-bound formality. No doubt there are meaningful gifts sprinkled in as well, but the giving of gag gifts is simply a royal family tradition.

Once the gifts have been opened, the entire family goes to the Queen’s estate in Sandringham. The 110-mile trip is made on a rented train carriage.

There the family enjoys Christmas breakfast buffet, goes to Church, and then has lunch and there is afternoon tea. But at dinnertime things get a bit more formal.

Christmas Eve is usually a Black-Tie event with tuxes and tiaras for everyone. Christmas at Sandringham is always a roast turkey with all the trimmings. The English sides include stuffing and Brussels Sprouts. From year to year, the vegetable sides vary but include carrots and parsnips, mashed potatoes, roasted potatoes, and mushroom gravy. These dinners can be lavish and at times a ham or roast is on the menu.

When it comes to dessert the Royal Family sticks to traditional British puddings but chefs provide many chocolate items, including chocolate pastries, a chocolate Yule Log and a Christmas Cake. Both afternoon teas and Christmas lunches have the inimitable fruitcake as well. That’s because the dense, fruit and nut-filled cake was a favorite of Queen Victoria’s.

And what about alcohol? Queen Elizabeth provides a variety of choices, though she always starts the party with a Christmas Eve martini while Prince Philip drinks beer.