The Young And The Restless Spoilers: Case Against Billy Is Weak – Michael Baldwin Doubts His Guilt 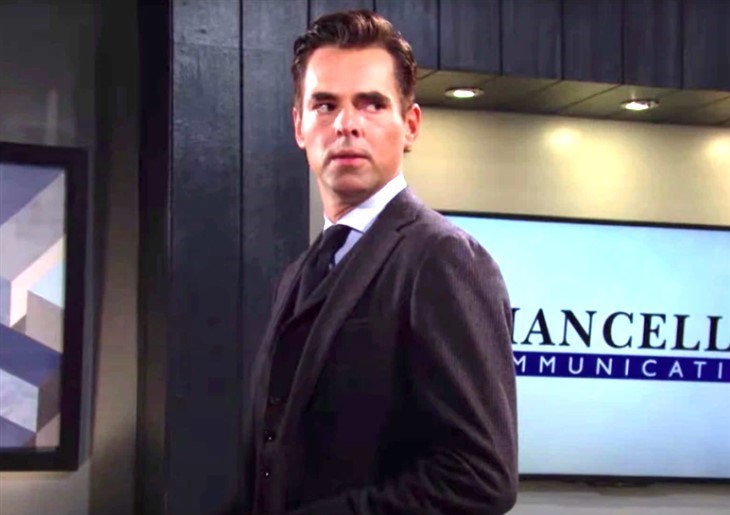 The Young and the Restless spoilers document that in Genoa City, Wisconsin Billy Abbott (Jason Thompson) is being charged with second degree attempted homicide. But Michael Baldwin (Christian Le Blanc) is willing to offer a deal where Billy might only spend two years in prison.

Amanda Sinclair (Mishael Morgan) saw the evidence against her client and encouraged him to think about accepting the deal. The last sentence was offered in the past tense because Billy fired her.

Now, in an effort to force information out of Alyssa Montalvo (Maria DiDomenico), Billy is arrested again.

The Young And The Restless Spoilers – Silver Fox Isn’t Confident

Christine Williams (Lauralee Bell) was Genoa City, Wisconsin’s, District Attorney for many years. Y&R passed that baton title to Michael a year ago, after one of Christine’s legal efforts against Victor Newman (Eric Braeden) went south.

Michael hasn’t been seen too often on Y&R since that time, as Le Blanc is a recurring player. But his character is pressing this case in recent episodes, though he revealed doubts to his wife, Lauren Fenmore Baldwin (Tracey Bregman). That followed Rey Rosales’ (Jordi Vilasuso) tell to Sharon Newman (Sharon Case), where Paul Williams’ (Doug Davidson) lead detective is also unsure about Billy’s role in this unsolved crime.

Y&R Spoilers – It’s All Too Convenient

Rey’s feelings about Adam Newman (Mark Grossman) are both informing and influencing his thoughts about Billy. Rey hasn’t ruled out Adam being involved in orchestrating this entire matter, or another grudge-holding individual actually being the criminal instead of Billy.

The Young And The Restless Spoilers: Theo Urged To Drop His Lawsuit, Will He Make A Drastic Move?

An earbud was located at the scene of the crime and the gun that was used, which is registered to Billy, happened to be dropped in a dumpster on the grounds outside of Chance Com? Yes, Billy would be an amateur. But the second evidence drop is so suspicious that it looks like part of a setup.

The Young And The Restless Spoilers – Alyssa Montalvo’s Feelings Considered

Alyssa harbors deeply negative feelings about Adam. Who wouldn’t after what she helped to uncover in Kansas?

As Y&R fans recall, the last phone conversation she had with Billy didn’t go well and Alyssa wasn’t seen after that. The open plot point made DiDomenico’s character a curious figure ever since. Whether she shot at Adam, hit Chance Chancellor (Donny Boaz) by mistake, and is framing Billy will soon be known now that he’s confronted the mystery witness and has been arrested again.