The Windsors On Netflix: Here’s Why Everyone Can’t Get Enough Of This Royal Family Parody 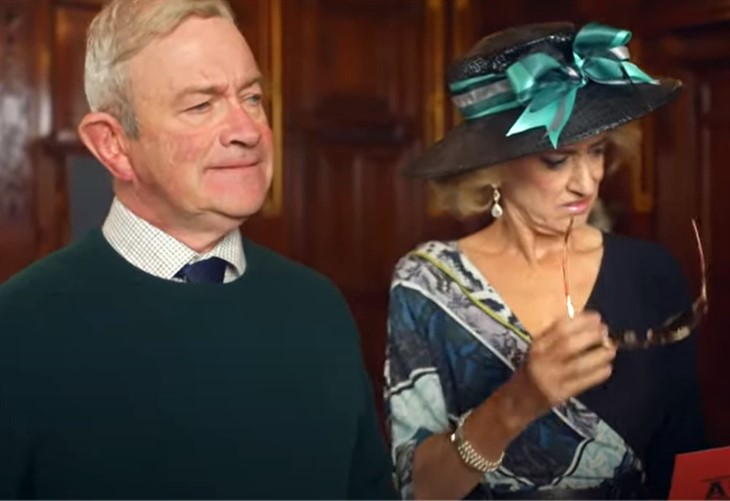 The Windsors On Netflix spoilers and updates reveal while there seems to be a lot of people who are apparently ‘sick’ of all the media coverage of the British Royal Family, there are others that can’t get enough of them. That shouldn’t come as a surprise to anyone who has been paying attention to what’s going on and especially on Netflix, as the talk of the town – on both sides of the pond, no less – has been The Crown Season 4.

This season highlights the lowlights of the very early years of Prince Charles and Princess Diana’s marriage and let’s just say some of the fights are so dramatic that you can’t help but watch with one eye open. Thankfully for those royal fans who want a little lighter entertainment, there’s an alternative to the heaviness that has been The Crown: The Windsors. Here’s why people can’t stop talking about this royal family parody.

The Windsors is a British sitcom and parody of the British royal family, the House of Windsors. it was the first broadcast on Channel in back in April of 2016 and is available on Netflix. Written by co-creators Bert Tyler-Moore and George Jeffrie, it’s everything you’d expect it to be in a satirical series of the royal family. Just think of it as a show telling the story of the monarchy, but re-imagines as a soap opera.

Even though the episodes are completely fictional, the series’ creators say that they are inspired by real events. In other words, the series shows everything from Meghan Markle’s need to pack her bags and move from London to Los Angeles, Prince Charles constantly worried about his popularity with the public and even Pippa Middleton, sister of Kate Middleton, portrayed as someone who is catty and highly envious of her older sister.

Channel 4 once described the show in a statement that said, “The series is a wry take on what the soap opera of their lives (and loves) might just be like. Delving behind the headlines and gossip columns The Windsors lets our imaginations run riot in this ludicrous parody. Imagine, who really controls the scepter in Charles and Camilla’s marriage? What do the Royals really think of Kate? Does Wills really want to be king? And what do Beatrice and Eugenie actually do for a living?”

The Windsors On Netflix – A LOL Comedy

Simply put, you’ve got to watch it for yourself to see all of the highlights, the lowlights, and the laugh-out-loud moments that you otherwise wouldn’t get from the other royal options on Netflix.