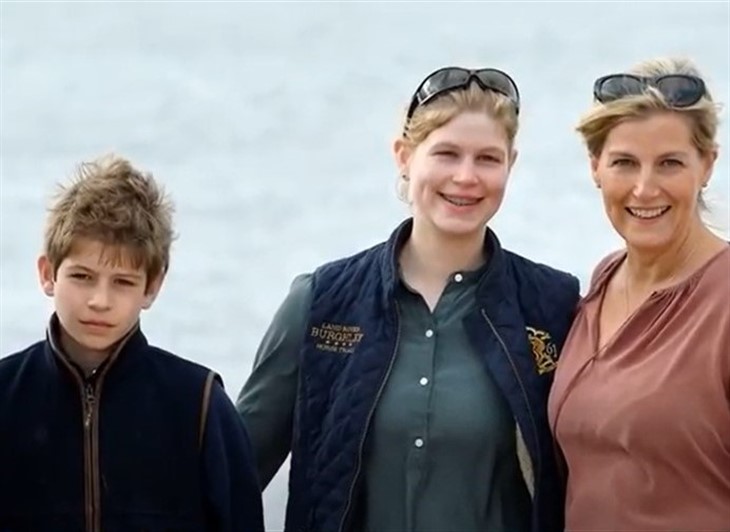 British royal family news reveals that just in time for the United Kingdom’s Queen Elizabeth’s youngest grandchild’s birthday, he has been given a role fit for a king. James, Viscount Severn turns 13 tomorrow and now it’s been learned that he has taken over a role previously held by 99-year old Prince Philip.

James, Viscount Severn Has Taken Over One Of Prince Philip’s roles

Apparently, James impressed his grandmother with his fly-fishing skill at Balmoral last summer as well as his talent at manning the grill at the family barbecue, a role usually held by the Duke of Edinburgh, now 99.

An insider said, of James that he, “is rather good at flipping burgers and liked to get fully involved whenever there was a family barbecue at Balmoral. That used to be Prince Philip’s domain, but is less so these days.” According to the source, James also impressed the gamekeepers at Balmoral with his ability to cast for salmon.

James, Viscount Severn Turns 13 Tomorrow And He Has Taken Over A Role Previously Held By Prince Philip

Philip’s health has been in decline in recent years and this time last year he was seen to stumble a bit. The Duke then went to the hospital for several days but was out in time to enjoy Christmas with his family. This year things will be much different due to the country’s coronavirus lockdown.

The source said: “[James’] enthusiasm for fly-fishing delighted Her Majesty because it is a sport beloved of James’ great-granny, the later Queen Mother. James was in the Dee as often as possible, waders up to his armpits. His mother Sophie, who is a keen fisherwoman herself, liked to stand with him. The Balmoral ghillies were impressed with both of them.”

The Queen’s Youngest Grandson Has Many Impressive Talents

The source added, “Edward is not as keen because he’s not as patient, which you need to be when fishing for salmon, even in the plentiful Dee.”

James’ sister Lady Louise has also taken on a role favored by Prince Philip: carriage driving. It seems that Philip has been a fan of the sport for decades and is responsible for popularizing it in the UK himself. Louise and James sound like they are carrying on the family traditions!