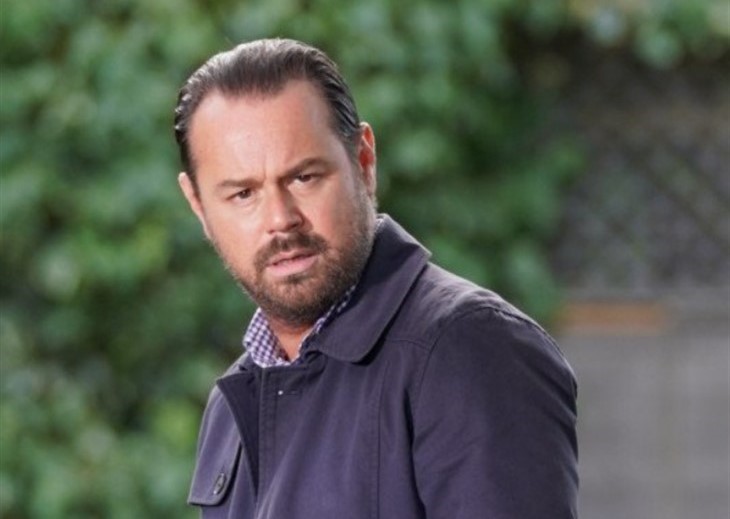 Eastenders spoilers reveal that in Walford Mick Carter (Danny Dyer) has been struggling with his childhood sexual abuse. To make matters worse, he is involved once again with his abuser, Katy Lewis (Simone Lahbib), who has convinced him nothing happened. She insists that it’s all in Mick’s head. On New Year’s Eve, Mick will contemplate committing suicide.

Mick was forced to face what happened to him as a boy when Frankie Lewis (Rose Ayling-Ellis) said that he might be her father. It triggered all kinds of emotions and brought back certain memories. However, he has been dealing with this whole situation on his own.

Eastenders spoilers reveal that eventually, Katy came to Walford. Mick had the opportunity to confront her, but she had an unexpected response. She turned it around on him and claimed nothing happened and he wasn’t Frankie’s father. She twisted everything and said that the abuse was Mick’s childhood fantasy.

While Mick is struggling with his personal demons, he is pushing Linda Carter (Kellie Bright) away. She has started to get comfort and attention from Max Branning (Jake Wood). This will continue and Mick will be heartbroken when he watches his wife with another man.

Eastenders spoilers reveal that Mick will feel he has no other option but to end his life. Show bosses told The Sun that the New Year’s Eve episode will be a really tough one to watch, but that it’s important. The show has been working closely with the non-profit organization Samaritans, as well as NSCPP and Survivors UK. Executive producer Jon Sen said,

“Working with the Samaritans has been invaluable to ensure that Mick’s story is true to life and they’ve been a huge support, offering guidance throughout the process. Danny gives an incredible performance and we hope his portrayal of Mick’s trauma will help dispel the stigma that survivors are often burdened with.”

Lorna Fraser of the Samaritans added, “We have been pleased to work with EastEnders giving expert advice on Mick Carter’s story as it’s a chance to explore some of the issues surrounding suicide in a sensitive and considered way.”

What do you think of Mick Carter’s childhood sexual abuse leading to a New Year’s Eve suicide story? Do you have any predictions on what is going to happen with the characters, as well as the loved ones he has alienated?