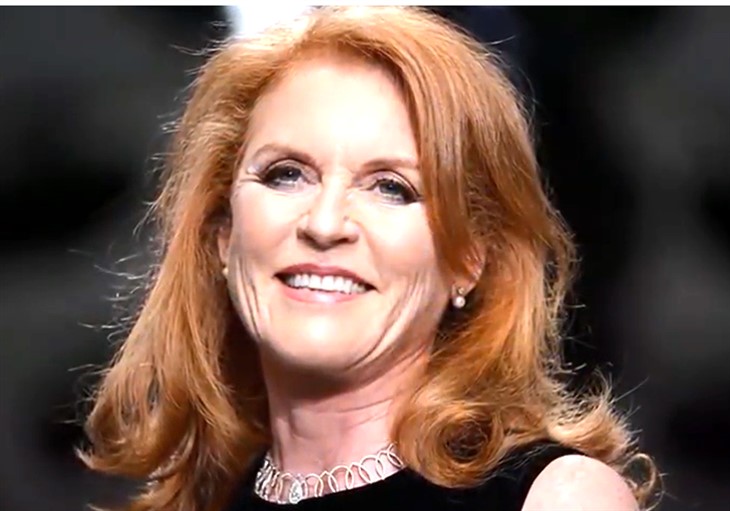 British Family news reveals it’s without a doubt that there are a lot of people who love her, loathe her, or simply can’t ignore her. While a lot can be said about a person like Sarah Ferguson, Duchess of York one thing is for certain: Sarah is still making headlines to this very day and there is a good reason for it, too. Here are five reasons below.

#1 Princess Eugenie and Princess Beatrice Are Still In The Spotlight

Even though her marriage to Prince Andrew did not work out as expected, she’s managed to maintain a good relationship with her ex for the sake of the couple’s two daughters, Princess Eugenie and Princess Beatrice. As a matter of fact, Sarah is very close and has a very loving relationship with both girls, and it shows. Whenever Sarah is in public with Eugenie and Beatrice, their body language shows just how much love and support there is between the three of them.

Sure, the royal family has gone through many ups and downs in the past, but when it comes to admitting to any faults, it’s very unlikely that anything would be said. But then again, that rarely happens when it comes to the royal and celebrity world, right? Well, that’s one of the reasons why Sarah Ferguson is so different. Fans truly appreciate her candor, her honesty and her efforts in keeping things ‘real’ regardless of what might be going on in both her professional and personal lives. In other words, Sarah doesn’t pretend to be perfectly regal at all times.

#3 Her Past Relationship With Princess Diana

Even though it was reported that the two women were not on speaking terms during the time of Princess Diana’s death, many fans can recall that she and Sarah Ferguson actually had a very close relationship, much to the delight of royal fans everywhere. Perhaps many royal fans are still holding on to those good memories and that is why they appreciate Sarah Ferguson to this very day.

#4 Sarah Is Not Worried About Keeping Up Appearances

When it comes to the British Royal family, it’s without a doubt that it’s all about maintaining a clean and polished appearance at all times, and especially while out in public and during royal engagements. However, with Sarah Ferguson it’s not that way at all. As a matter of fact, many people believe that Sarah is perhaps one of the most relatable royal figures, just because she openly talks about her issues and likes to appear ‘make-up’ free on social media. She is the kind of gal that you could definitely enjoy an afternoon cup of tea with.

#5 Storytime With Sarah And Friends

Speaking of afternoon cups of tea, Sarah Ferguson recently launched ‘Storytime With Sarah and Friends’ on her Instagram account as a way to not only reach out to her loyal fans and social media followers but to also help give fans something to look forward to every afternoon while everyone is in coronavirus quarantine. Unscripted and keeping things completely casual, Sarah has so far gotten great reviews for her efforts. For many longtime fans, that’s a good enough reason why Sarah Ferguson has maintained her popularity throughout the years.