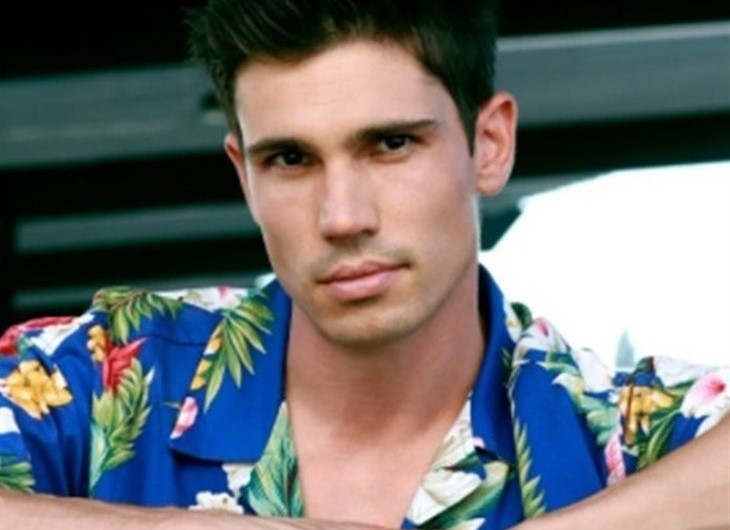 CBS The Bold and the Beautiful spoilers reveal that star Los Angeles actor Tanner Novlan (Dr. John Finnegan) is going to be pulling double work duty for the foreseeable future as he is returning to the show Roswell, New Mexico as Gregory Manes for Season 3.

Tanner has been a huge hit with B&B fans who would love to see more of him on the CBS sudser based in Los Angeles. That could be about to happen as the ish is hitting the fan concerning his love life!

The Bold And The Beautiful spoilers – Tanner Novlan plays Dr. Finn on the CBS sudser

Roswell is a science fiction drama series named after the famed “alien” city of Roswell, New Mexico. Carina Adly Mackenzie developed the show for The CW that which debuted on January 15, 2019. The series is the second television adaptation of the Roswell High book series by Melinda Metz and in January 2020 The CW renewed the series for a third season.

B&B Spoilers – How Will John Finn Finnegan Find Out About Steffy Forester’s Indiscretion?

Finn was brought on with much fanfare as the solution to the endless triangle between Hope Logan (Annika Noelle), Steffy Forrester (Jacqueline MacInnes Wood), and Liam Spencer (Scott Clifton). So far we have seen less of Finn and more of Steam, which has some fans wondering why Finn exists if only to be shoved into the background.

Patience, B&B fans, patience! Yes, Steam has rekindled their heated passion in a one-night stand, but for the time being Steffy will continue to proclaim her love for Finn.

The Bold And The Beautiful Spoilers – What Happens Next Between Sinn And Steam?

Liam wants to tell Hope that they slept together but Steffy is not on board with that bombshell. Yet she may not have a choice is she is pregnant! Then again, she could always say that Finn is the father, not Liam.

A ton of fans would love to see Finn and Hope do a rebound dance after learning about their SO’s betrayal. That may happen, but it could also be that Thomas Forrester (Matthew Atkinson) and Hope hook up. Explosive show spoilers reveal that he will recuperate at Lope’s house, which should make for some interesting bedfellows so to speak!

Tell us what you think B&B fans, do you want Finn to stick around and stick it out with Steffy, or is he better off moving on with Hope?