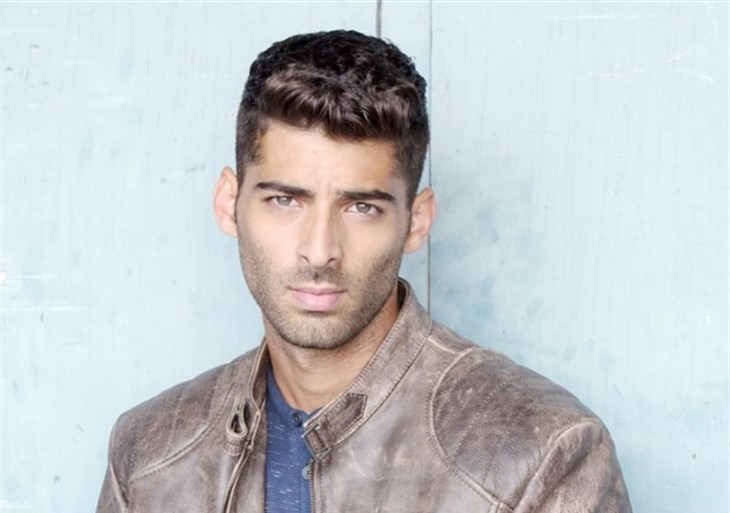 The Young and the Restless (Y&R) spoilers tease that Jason Canela is returning to the CBS soap opera. He has not been seen on the show since August 2019 when he returned for his little sister, Lola Rosales’ (Sasha Calle) wedding. Soap Opera Digest reported that the actor jumped at the chance to return to the show, even though his return will be brief. This time he will be attending Sharon Newman (Sharon Case) and Rey Rosales’ (Jordi Vilasuso) wedding.

The actor told SOD that when he first was signed on Y&R in 2018, they wanted him to sign a three-year contract. However, he was not sure if he wanted to dedicate three years of his time to the show. It seemed like a long time, given he previously only had guest appearances under his belt. After some back-and-forth negotiations, the actor agreed on a one-year deal. After his year was up, he was written off the show, with the possibility of a return later.

The writers told him that they would build up a sweet romance with Abby Newman (Melissa Ordway), but it would crash in an epic (soap opera) way. And after Arturo and Abby broke up and he was written off the show, he is grateful that he has been asked back a few times since his exit.

Y&R Spoilers – Is A Big Family

Canela said that the cast and crew are like his second family. He said even though it has been a while since he has been on the set when he returned, it was like coming home. He said that it’s like your extended family, sometimes you don’t see them all the time, but when you do, it’s like no time has elapsed.

The Young and The Restless Spoilers: Amanda Finds Shocking Info About Her Mother, Devon Offers Support

He has tried to stay in contact with his Y&R costars but with COVID-19, it has been challenging. When on the set, everyone is required to wear a mask and social distance as much as possible. He noted that they must take their temperature before going into the CBS studio building.

While many people have struggled to pay bills during the COVID crisis, Canela has been busier than ever. He voiced one of the characters in the game, Call of Duty, Back Ops Cold War, which was recently released. The character he voiced was DGI Garcia, a Cuban soldier.

As for his personal life, Jason quietly married Brazilian model Janaina Reis. They could not have the wedding they wanted because the travel bans prevented her family from traveling to Los Angeles. So, they decided to go to the courthouse and tie the knot.

Canela noted that married life is going great and they are excited about having children in the future. As for Y&R, Jason is willing to return any time they need Arturo in the storyline.