Days Of Our Lives (DOOL) Spoilers: Will Charlie Finish Killing His Mother, Or Keep Her Tied Up And Shut Up? 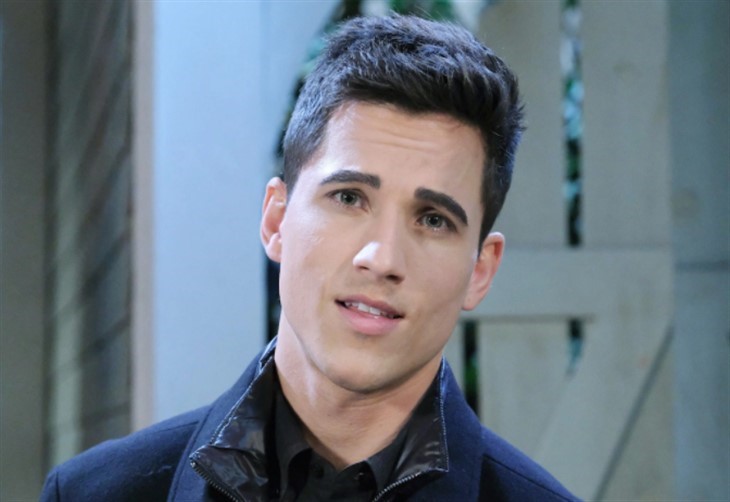 MBC Days of Our Lives spoilers and updates tease that in Salem Charlie Dale (Mike C. Manning) had a difficult time finishing off his mother, Ava Vitali (Tamara Braun). Instead, he took her to his apartment and tied her to a chair! Will he finish killing her, or keep her tied up and shut up?

Charlie didn’t want Mama Ava to tell Tripp Dalton (Lucas Adams) that he was Allie Horton’s (Lindsay Arnold) rapist and the father of her baby. As soon as Ava heard Tripp’s predicament she knew that Charlie had to have raped Allie, and she called him over to her apartment. She had no idea that he had already been living in Salem for several weeks, let alone had a job at Titan Industries.

Days Of Our Lives Spoilers: Lucas Torn Between Sami And Chloe, Who Will He Choose?

She wasn’t keen at all on that idea either, no matter how he claimed he did it for her, since she was using Titan and Philip Kiriakis (Jay Kenneth Johnson) to launder mob money! She confronted him with his rape of Allie, and the baby, and the DNA test that showed supposedly that Tripp was baby Henry Horton’s (Jayna and Kinsley Fox) birth father. It was revealed that Ava had Charlie follow Tripp everywhere and keep an eye on him. Charlie told his mother that the DNA test and the matching DNA meant Tripp raped Allie and got her pregnant. Ava was having none of it, and she told him that Tripp and he shared DNA as brothers and accused him of following Tripp to Allie’s flat in London and after Tripp left he went in and raped her.

They argued back and forth for several minutes until Tripp started knocking at the door. Charlie panicked and knocked Ava out with a vase, and prepared to go after Tripp with a pair of scissors, but he finally left. By the time he returned with Steve Johnson (Stephen Nichols) Charlie had cleaned up the place and left with a still unconscious Ava in tow! She awoke tied to a chair in his apartment, with him telling her she had brought this on herself!

Even though Charlie couldn’t quite go through with making sure Ava was dead, he does have a lot of anger towards her and jealousy of Tripp! He had begged her to protect both of them, her sons, by not saying what she had figured out. Ava was having none of it and had told him they were going to tell Tripp the truth and then figure out what to do from there. Now she sits prisoner tied to a chair in his apartment. Charlie appeared to have surprised himself with his rash act of knocking her out with the vase – he was actually worried that he had killed her.

He was glad that he hadn’t killed her. But he can’t just leave her tied to a chair in his apartment forever. For now, he’s ensured that Ava is tied up and shut up as long as she cannot free herself and leave his apartment or call someone on the phone. The next step will be to gag her so she cannot cry out or scream if someone passes by outside the door! Tripp and Steve will be looking for her, that is for sure. Both of them suspected something untoward had happened.

Philip will likely be looking for her too. The only way Charlie can make sure no one ever knows his sordid secret would be to kill Ava and dispose of her body. Even though he wants her to love him and treat him equally along with Tripp, he will have to make a decision before long. Chances are, his pent-up rage against his mother and jealousy of her love for his brother will make his decision and he will kill her in a crime of passion!