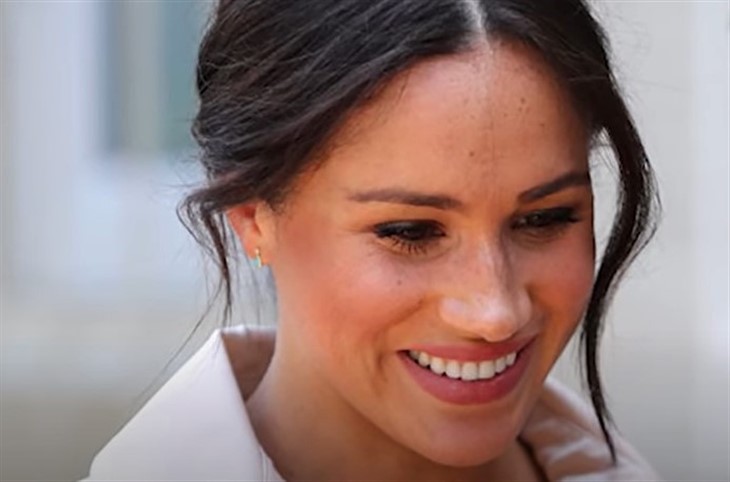 That didn’t stop Meghan Thee Duchess from comparing herself to classy Kate years before Prince Harry gave her the once over. Believe it or not, Meghan was talking herself up in the same vein as Kate when she was still nothing more than a B-list actress.

How Meghan Markle Compared Herself To Kate Middleton Years Ago

As far back as 2014 when Meghan was busying herself with a blog called The Tig, she bragged in an interview with Princess Alia Al-Senussi: “Little girls dream of being princesses. I, for one, was all about She-Ra, Princess of Power. For those of you unfamiliar with the ’80s cartoon reference, She-Ra is the twin sister of He-Man, and a sword-wielding royal rebel known for her strength.”

“We’re definitely not talking about Cinderella here,” Meghan crowed on. “Grown women seem to retain this childhood fantasy. Just look at the pomp and circumstance surrounding the royal wedding and endless conversation about Princess Kate.”

Meghan Markle Compared Herself To She-Ra And Kate Middleton

In her biography Finding Freedom Meghan was again compared to Kate. Meghan was portrayed as a modern career woman in contrast to Kate, who has spent much of her life as a traditional wife, mother, and princess.

“Kate had been deeply embedded in the royal family ever since she met William in college,” the authors wrote. “A mother of three (and mother of the heir to the throne), her life revolved around family and duty to monarchy and country.”

“Kate was never interested in having a career, while that was always a driver for Meghan. They also had different personalities. While Kate was shy and quiet, Meghan was an extrovert.”

The book also boasted about how mature and capable Meghan was versus Kate when they joined the royal family.

Meghan participated in the book so it’s no wonder that royal watchers have speculated over a possible rift between perfect Meghan and imperfect Kate. Sarah Ferguson, the Duchess of York, actually said there was a “wedge” between Meghan and Kate.

Nevertheless, other sources claim the two royal women have a cordial relationship but aren’t besties. Especially if Meghan was the one feeding the authors of her bio such biased info about her sister-in-law!