The Bold And The Beautiful Spoilers: There’s A New Conflict Between Zoe And Paris 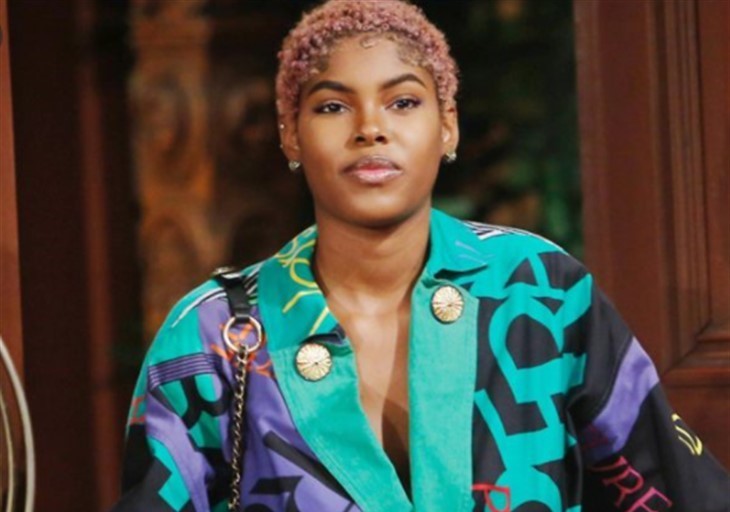 The Bold and the Beautiful spoilers and updates say that in Los Angeles while Zoe Buckingham (Kiara Barnes) is incredibly grateful that her sister Paris Buckingham (Diamond White) is in Los Angeles and that they have had an opportunity to reunite, Zoe thinks it’s time for her to go. As a matter of fact, Zoe thinks that her sister has overstayed her welcome. Here’s why.

According to the latest issue of Soap Opera Digest, a conflict is brewing between Zoe and Paris, as Zoe thinks that her sister has become a little too involved in her life in Los Angeles. And if there’s anything that we’ve learned about Zoe in the past, it’s that she likes to keep her private life as private as possible. She doesn’t want Paris getting too involved in places that she belongs to. Zoe has even become a bit territorial and cautious about her family entering her new life.

Speaking to publication in a new interview, Kiara Barnes, who plays Zoe on the hit CBS soap, puts it this way, “I mean, her father damaged all of her relationships, and after Xander left, Zoe had nothing. But since Baby Beth, she has worked really hard to get to a point where the Forrester could accept her and trust her. The fact that she’s actually working with Hope on her line is a big deal. Zoe’s got her feet on the ground and then here comes Paris, and Zoe doesn’t want her presence to risk all that she’s rebuilt.”

B&B News – Zende Forrester Is Caught In The Middle

If that weren’t enough, the attraction between Zende Forrester (Delon de Metz) and Paris is certainly bothering Zoe, too. That’s because she’s taken a likening to Zende herself which means there’s a possible conflict brewing between these two sisters.

Needless to say, B&B fans will have to tune in to find out what will happen next. We have a feeling that Paris is not going to be leaving this fictional town of Los Angeles anytime soon, regardless of what Zoe has to say about it. The Bold and the Beautiful airs weekdays on the CBS network. Check your local listings for times.