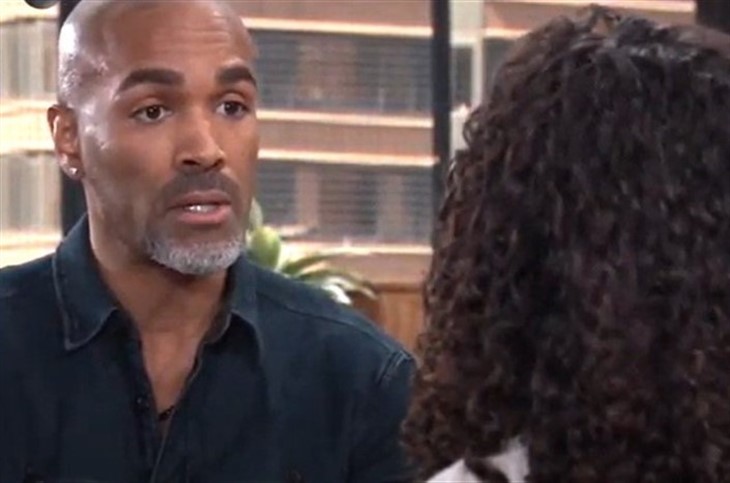 General Hospital (GH) spoilers tease in Port Charles, NY the happy marriage of Jordan Ashford (Brianna Nicole Henry) and Curtis Ashford (Donnell Turner) may be coming to an abrupt halt. Curtis has put up with Jordan’s lies by omission for possibly the last time. The revelation that Marcus Taggert (Real Andrews) was alive and that Jordan helped him fake his death may be the last straw for Curtis. Curtis blamed himself for Taggert’s death and so did Taggert’s daughter, Trina Robinson (Sydney Mikayla).

If only Jordan had clued Curtis into the truth, he wouldn’t have blamed himself as much as he did. And he would have been able to handle Trina’s anger had he known what was going on. But Jordan chose not to tell Curtis, for his own good. Jordan didn’t want any of her own dirty dealings to come down on Curtis. She believes she was protecting him. But Curtis isn’t having of that argument. They are husband and wife and shouldn’t be keeping secrets from each other. Both sides believe they are right, which makes the situation one that may not be easily resolved. But Curtis isn’t the only one with a bone to pick with Jordan.

General Hospital Spoilers: Anna and Finn Elope To Get Out Of Double Wedding?

Portia Robinson (Brooke Kerr) and Jordan came to an understanding a few weeks ago. Portia understood why Jordan made the choices she did in regards to Cyrus Renault (Jeff Kober) and even helped Jordan by faking a medical issue so Jordan could time off and investigate Cyrus without it looking suspicious. But Jordan left out the part about Taggert being alive. Portia was once married to Taggert and is Trina’s mom. She watched as Trina grieved for a father who wasn’t really dead. To say she is upset about the situation would be an understatement.

General Hospital Spoilers – Will The Past Become The Present

Portia was also once involved with Curtis. It remains to be seen if Curtis is really Trina’s father, not Taggert but it remains a strong possibility. It seems entirely possible that the exes would come together to commiserate over Jordan’s lies. One drunken night could easily turn to passion. Even if they don’t sleep together for now, Portia and Curtis might slowly bond over being deceived by Jordan.

Will Curtis leave Jordan over her lies? Can Jordan earn Curtis’ forgiveness? Or will Curtis and Portia find themselves inching closer to romance? And is Trina really Curtis’ daughter? The lies people tell always come back to haunt them in Port Charles so stay tuned to General Hospital airing weekdays on ABC. And don’t forget to check back here regularly for all your General Hospital news, information, and spoilers.