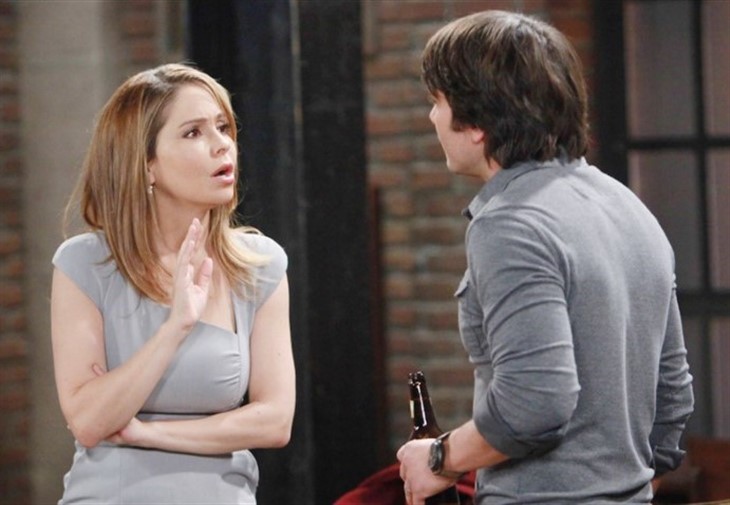 General Hospital spoilers and updates reveal Hollywood actress Lisa LoCicero (Olivia Falconeri) has nothing but fond memories of the first time that she met her on-screen son, Dom Zamprogna (Dante Falconeri). In fact, she says that she was quite surprised by him for many different reasons. Here’s what she has to say.

As many fans know, Dominic was the first cast as Lisa’s son back in 2009. While he’s been on-again, off-again on the show, Lisa certainly has fond memories about the first time that she has worked with the handsome and talented actor. Recalling that moment, Lisa says that casting director Mark Teschner gave her a headshot of Dom but unfortunately, she thinks that he looked nothing like his photo! She says the reason why is because Dom looked much younger in his headshot.

Speaking to Soap Opera Digest in a new interview, Lisa said she remembered the first day that she met Dom like it was yesterday. Lisa said, “We corresponded by text and I was very happy to see that he had a great sense of humor and he was cool. Then he came to Los Angeles looking for a place to live and he showed up on my doorstep and we went and looked at apartments. He looked very young because he had a baseball cap on backward and he was also wearing a lot of gold chains.”

In the same interview, Dom Zamprogna says that those chains certainly meant a lot to him and we certainly believe him. He told the publication, “The minute I was old enough to buy a gold chain, I did, man! It was a big deal! I remember wearing them on the show. It was a conscious choice to keep them on. I don’t really like bringing too much of me to a role, but I felt like Dante, he’s a hardcore Italian kid from Bensonhurst, and that’s what they wear! Gold chains with a cross on them, that’s what Italian-Americans wear.”

The rest as they say, is history! General Hospital airs weekdays on the ABC Network. Check your local listings for times. Be sure to catch up on everything happening with General Hospital news right now. Come back here often for all the latest General Hospital spoilers, news, and updates.