The Young And The Restless Spoilers: Sally Opens Up About Her Past, Reveals All 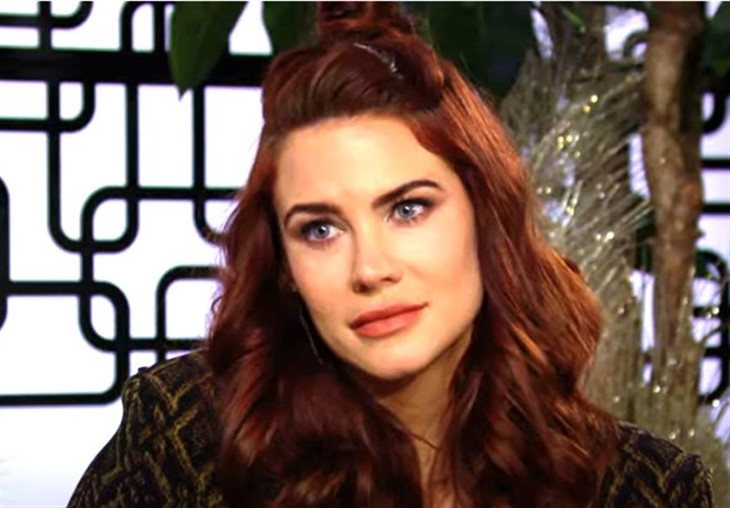 The Young and the Restless (Y&R) spoilers tease that in Genoa City, Wisconsin Sally Spectra (Courtney Hope) will open up about her past this week on the CBS soap opera. She will likely talk about her desire to hold on to Wyatt Spencer (Darin Brooks) and her kidnapping of Flo Fulton (Katrina Bowden). The question is who will open up to and will they use it to judge her?

The Young And The Restless Spoilers – Sally Spectra Has Made Mistakes

For those Y&R readers who haven’t seen Sally on Bold and the Beautiful, she made some pretty big mistakes over the past three years. When she first came to town, she wanted to be a fashion house designer so badly that she stole Thomas Forrester’s(Matthew Atkinson) designs and she tried to pass them as her own. When that failed, she him as her designer and they worked side by side and fell in love.

Then, Thomas left town to take care of Caroline Spencer(Linsey Godfrey). She lied about having a terminal illness and he felt obligated to take care of her. He discovered she faked her illness, but he decided to stay with her. After Caroline died, he returned to LA, he no longer wanted a relationship with her and moved on with an obsession over Hope Logan (Annika Nolle).

Sally fell in love with Liam Spencer (Scott Clifton) and he was a married man. She quickly moved on to his brother Wyatt. Things were going well with him until his high school girlfriend moved to town. He decided to leave her for Flo leaving Sally heartbroken.

Unsure on how to deal with her feelings over the loss of her relationship, she faked a terminal illness. Wyatt stayed by her side and refused to let her go through it alone. When the truth came out and she kidnapped his girlfriend, Wyatt asked Sally to go away for a few months to create some distance. This is what led her to move to Genoa City and cross over from B&B to The Young and the Restless.

Y&R Spoilers – Who Will Sally Spectra Tell Her Past To?

This is the biggest question. If she shares her past with Chelsea Newman (Melissa Claire Egan), she will be in no position to judge her. She might even understand why she made some of the decisions she did. But if she discloses her past to say, Lauren Fenmore (Tracey E Bregman), she may not be as understanding. Plus, Lauren is close to the Forresters and Spencers, so she might feel bad for the families.

Whoever she shares her past with, let’s hope she is understood because it’s great to see her character on screen again. There is so much Y&R can do with her character. Are you glad to see Sally back on screen? Who do you think she will tell her past to? Who would you like to see Sally paired with?