The Young And The Restless Spoilers: Newman Battle Erupts – Victor And Adam VS Nick And Vikki 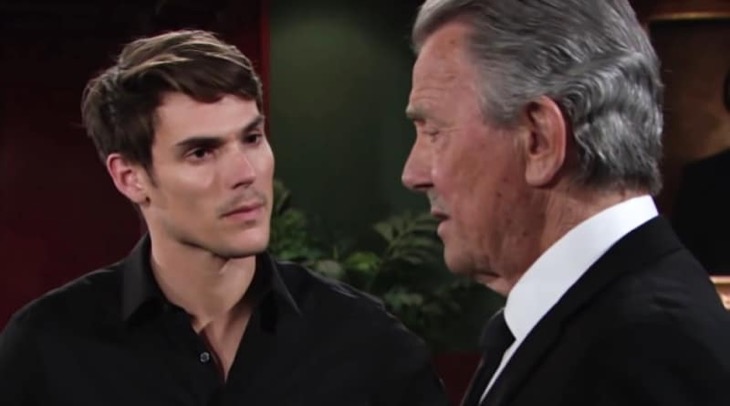 Victor works hard to make Adam feel better, despite Chelsea facing a very scary diagnosis. He puts Adam in a place of power, something that his siblings will be upset about.

Adam and Chelsea have been waiting to hear what is causing her headaches and fatigue. Y&R spoilers state that Adam’s concerned and he wants to know what could be wrong with her. Chelsea, on the other hand, has been scared to find out. However, that will all change when they finally get to the bottom of what is causing her symptoms.

When they learn the cause of her headaches and fatigue, Adam unravels. He reaches out to his dad, Victor, and asks him to be there for him. Typical of Victor, the only way he knows to be supportive is to give him a position of power, which some Young and the Restless viewers interpreted to mean Victor puts Adam as the NE CEO, booting Victoria from the position.

The Young And The Restless Spoilers: Sally Opens Up About Her Past, Reveals All

About a year ago, Victoria and Victor had a heart to heart about Newman Enterprises. As Y&R viewers remember, Victor revealed that he always hoped and prayed Adam would take over the company with Victoria supporting him in some way – meaning he wanted her to work for Adam. It was a hard pill to swallow and eventually Victor agreed to appoint his driven daughter CEO of the family corporation.

The Young and the Restless spoilers reveal that Nick and Victoria do not think that Victor should support Adam. They think that he is trouble and Victor shouldn’t trust him. They’ve been singing this song for almost 20 years, so Victor decides to ignore them.

When Victor refuses to listen to Nick and Victoria, a Newman family war erupts. Victor is put in the middle when he requests that they understand that he needs to help his son. He begs them to give Adam another chance, which neither are willing to do.

It sounds like a nasty family war is ahead, with Nick and Victoria against Victor and Adam. It is clear that Victor’s side will win because he never loses a battle, let alone a war.

Do you think Victor will appoint Adam NE’s new CEO? What do you think is wrong with Chelsea? Don’t forget to come back later for more The Young and the Restless (Y&R) spoilers, news, and casting updates!