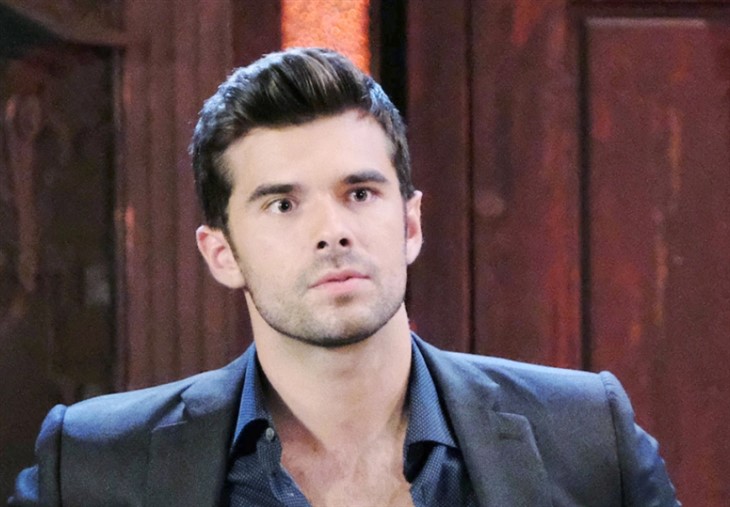 General Hospital (GH) spoilers and rumors tease that in Port Charles, NY Harrison Chase (Josh Swickard) is finally able to see his family taking tentative steps to reconcile after decades of little to no communication between his older brother Dr. Hamilton Finn (Michael Easton) and his father, Gregory Chase (Gregory Harrison). But once Chase finds out the whole story, he may do exactly the same thing. But what could make Chase turn away from the family he’s worked so hard to reconnect? It begins and ends with his mother, Jackie Templeton (Kim Delaney).

Chase believes that he knows everything there is to know about himself. But that may not be quite as true as he believes. Before Jackie was involved with Gregory, she was in love with Finn. In fact, they even slept together the night before Jackie and Gregory took their wedding vows. It was too much for Finn to process, especially since Finn introduced Jackie to his father and it hadn’t been very long at all before Finn’s mother passed away. But Finn did check back in with Jackie a few months later, only to be shocked by what he found.

Finn was shocked to find Jackie pregnant the next time he saw her. Of course, he thought it might be his baby but when he asked Jackie, she said it wasn’t possible because the date of conception didn’t match up to the night Jackie and Finn last slept together. Finn wasn’t all that convinced, but instead of pursuing the matter, Finn simply left and didn’t look back. But when Chase showed up unexpectedly in Port Charles, he made it a priority to forge a brotherly relationship with Finn.

As viewers may remember, Finn didn’t want anything to do with Chase for a long time. He still wasn’t sure that he isn’t Chase’s father although he chooses to believe they are brothers. But eventually, they became close and now that Gregory and Jackie are in town, Finn has made an effort to reconnect with his father as well. But if somehow it comes out that Finn and Chase are father and son, look for it to be Chase’s turn to walk away and not look back. But he has a friend who was also estranged from her family for the better part of this year.

Once Brook Lynn Quartermaine (Amanda Setton) finally returns to Port Charles, she may have to the best chance of helping Chase work through what promises to be a huge crisis of identity. Chase may come to regret how hard he pushed Brook Lynn to reconcile with his father Ned Quartermaine (Wally Kurth). When Brook Lynn left town a few months ago, she had made peace with Ned, but things were still awkward between them. But it’s unlikely that they would even be speaking if Chase hadn’t intervened.

Brook Lynn will think the same thing will apply to Chase and his family. Chase is in for a lot of soul searching but hopefully, he will eventually take his own advice and work things out, no matter how much he may feel that Jackie and Finn’s actions were unforgivable. Chase won’t understand how if Finn suspected the truth, that he just washed his hands of the whole situation. And Jackie will certainly have a lot to answer for to everyone involved?

Is Finn really Chase’s dad? Did Finn do the right thing by walking away all those years ago? And what will happen to Chase when he discovers that everything he thought he knew about might be a lie? A family is on the verge of falling apart, so stay tuned to General Hospital airs weekdays on ABC. And don’t forget to check back here regularly for all your General Hospital news, information, and spoilers!