Royal Family News: Meghan Markle And Prince Harry Only Work With People Who ‘Reflect Their Values’ 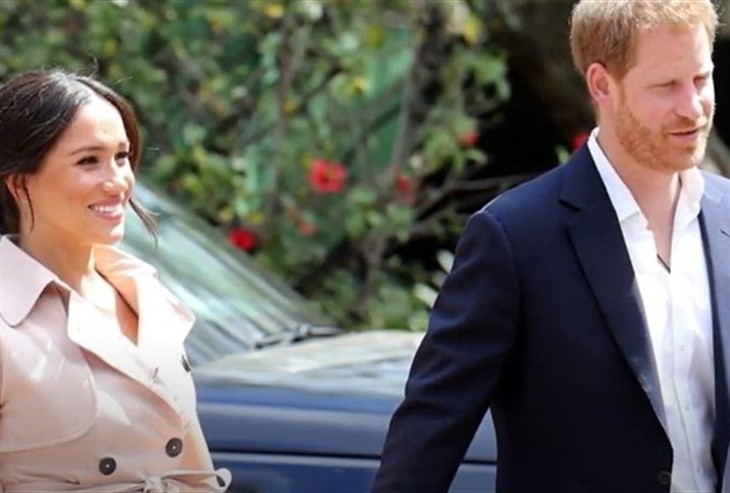 British royal family news reveals that while 2020 has generally been a train wreck year for the entire world, there are two privileged and entitled people who expanded their empire and managed to fill their coffers with millions and millions of dollars for doing absolutely nothing. Yet. So far there are tons of promises of projects that will “uplift” the world, but as of today, Meghan Markle and Prince Harry have nothing to show for their obscenely rich contracts with Spotify and Netflix.

But perhaps that is unfair. After all, they did manage to squeak out a much-anticipated Christmas card before the 25th. It was close though, and someone from their inside circle had to announce that indeed they planned to release a Christmas card in 2020. Maybe all the effort they put into their bizarre-looking, off-kilter card left them too exhausted to actually release a single podcast or Netflix project?

Now comes word that the ambitious pair are planning to actually do some podcasts, but only with “appropriate” voices. This exact type of censored content mirrors their claim that they will only produce “worthy” content on Netflix. It’s scary to think what their version of appropriate and worthy actually is. Because while they drone on and on about the importance of inclusivity there is always an underlying message, through their carefully crafted word choice, that only their vision of righteousness is the right one.

Royal Family News: 5 Reasons Why We Are Totally (And Still) Crushing On Prince Harry

Will The Markle’s Foreboding Sense Of What They Think Is Right And Wrong Be Foisted On The Public At Large?

Royal commentator Richard Fitzwilliams has spoken out about Markle’s insistence on knowing what is right for the world by explaining that they will always demand that they work only with “appropriate” talent, ie, people who agree with them and push their agenda.

He told Express, “I expect that the Sussexes’ links with Spotify, for which they will produce podcasts, will reflect their system of values.”

He went on to say, “They will choose guests whom they think are appropriate. This should not disturb the Royal Family and will certainly be lucrative.” But will it be fair? Meghan especially likes to harp about fairness and but is her vision of fairness beneficial to everyone or just to her? We’re about to find out.