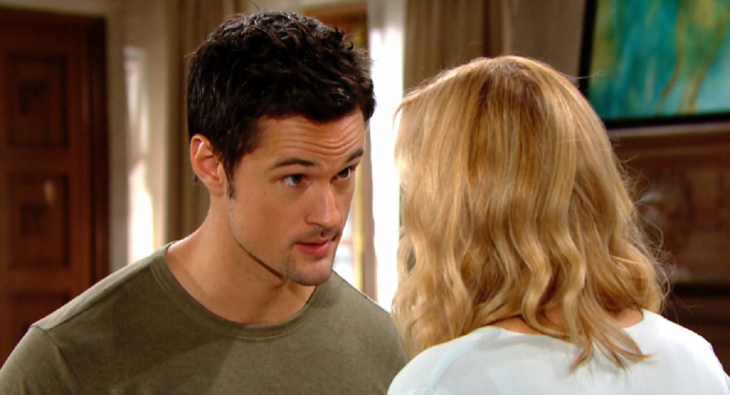 The Bold And The Beautiful Spoilers – Previously, Brooke Logan Forrester Had Been Thomas Forrester’s Worst Enemy!

Viewers of the Bold and The Beautiful will recall that previously, Brooke had been Thomas’s worst enemy! She was always suspicious of Thomas and thinking the worst and expecting the worst possible from him. She would not have trusted him as far as she could have thrown him, and here she invites him to move into her home to recuperate from surgery? He can barely believe what he is hearing! Granted, his father, Ridge Forrester (Thorsten Kaye), and Brooke have reconciled so he lives there too and he’s pretty sure his father has a lot to do with Brooke’s invitation.

Thomas wasn’t sure where he would be going when Steffy Forrester (Jacqueline Macinnes Wood) picked him up upon his release from the hospital. He is happy to be out of the hospital and with his family. Then Steffy stops, and they are at Brooke and Ridge’s house. He asks her if she was stopping there to see Dad. Then they enter and Brooke lays the whammy on him about moving in while he recuperates! Thomas hopes that with this invitation will come her forgiveness for the past. He acknowledges he wasn’t right in becoming obsessed with Hope Logan Spencer (Annika Noelle) and a lot of things he did. He welcomes the chance to prove himself to Brooke when she attaches a condition that he proves to him he is no longer obsessed with Hope.

Thomas is blindsided when Brooke makes her offer, but Liam Spencer’s (Scott Clifton) reactions don’t surprise him at all! Liam absolutely flips when he finds out that he and Thomas will be living on the same property! He, Hope and the kids live in a little cabin on the same property as the main house, and even though it’s not quite in the mansion’s back yard, Liam is ballistic!

He will launch into a three-week tirade about how terrible Thomas is, and how he is faking and cannot have changed! His memories of seeing Thomas kiss the Hope mannequin only feeds into this mindset. After all, Liam’s reasons, his traumatic brain injury didn’t just make up his desire to kiss and make out with Hope. That had to come from his subconscious, which proves his obsession with Liam’s wife is still a real and present danger! Thomas knows that Liam is obsessed with Thomas’ former obsession, and that will likely never change.

Thomas is not interested in gaining Liam’s understanding or forgiveness because he is pretty sure Liam is not capable of such a thing. If it ever were to happen, it would be nice, but for the foreseeable future, Thomas will have to regard Liam as an annoying fly always in his face that he is never able to get to be still enough to swat!