General Hospital Spoilers Next Week: Britt Has Questions For Jason, While Chase Questions Carly About Sonny 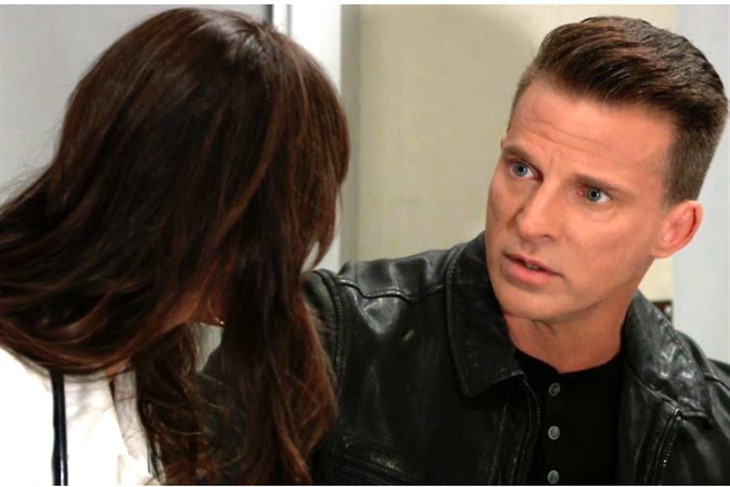 General Hospital viewers will recall from last week that Jason saw Sonny Corinthos (Maurice Benard) and Julian Jerome (William DeVry) who was already dead, on an unsafe bridge in Secaucus, New Jersey near the bus terminal where Brick (Stephen A. Smith) had tracked Julian to. The intention had been for Sonny and Jason to bring Julian in, alive, to the Port Charles Police Department. They wanted Julian to tell his Cyrus Renault (Jeff Kober) secrets to the police, probably to Port Charles Police

Commissioner Jordan Ashford (Briana Nicole Henry). She was working with Sonny and Jason on a sting to bring Cyrus down, and Julian likely would have been put in witness protection. But it didn’t work out that way – as Jason got to the edge of the bridge, the part that Sonny and Julian were on collapsed underneath them into the Hackensack River. Julian’s body was recovered and brought to General Hospital’s morgue, but there was no trace of Sonny. Jason had just returned to town with Carly, who insisted on looking for Sonny herself and they had driven to Secaucus and back to Port Charles.

At General Hospital, Britt spots an exhausted Jason at the top of a staircase. She walks up the stairs in his direction, and asks him if he’s ok, and remarks he looks like hell! Jason just looks down at her sadly. She encourages him to talk, telling him that friends tell each other the truth and she wants to know why he looks like he hasn’t slept in forty-eight hours! He takes a deep breath, sighs, and tells her he just has a lot on his mind.

She tells him that makes two of them – she had heard that Sam McCall (Kelly Monaco) and Dr. Lucas Jones (Matt Trudeau) had been called in to identify their father’s body. She tells Jason she wants him to be straight with her – is Julian’s death on her conscience? Jason looks away. Meanwhile, at the Corinthos compound, Carly had gotten a call from one of the guards that there were police outside. She walks towards the front door, and sees Detective Harrison Chase and another officer outside through the window. She answers the door and greets them, addressing them as “Detective” and “Officer”.

She tells them she knows they would not be there on Christmas Eve if it weren’t important, and asks how she can help them. Chase is very serious as he tells her he is sorry to bother her on a holiday, but they need to speak to her about her husband. Carly’s face falls and the fear and worry plainly shows in her face as she wonders if he’s asking questions about Sonny, or answering them. She fears they are there to notify her that his body has been found!