The Bold And The Beautiful News Update: Tanner Novlan Is Grateful This Holiday Season For Scott Clifton 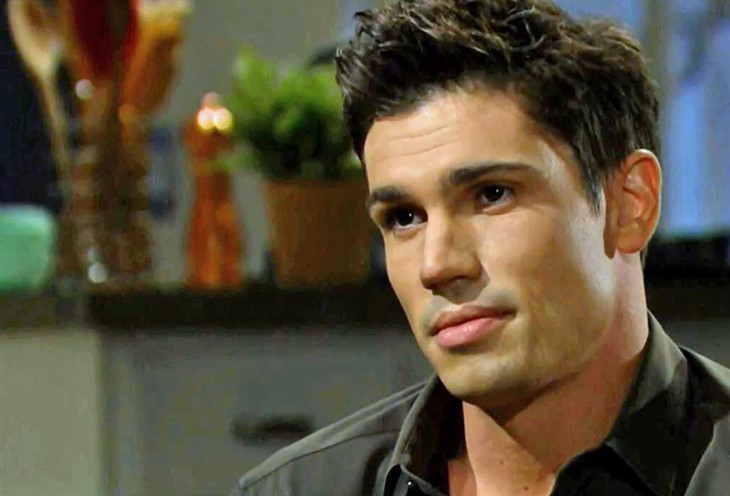 The Bold and the Beautiful spoilers and updates reveal B&B is one of the most successful daytime television shows for many different reasons, but mostly because the cast of the hit CBS soap gets along just as well off-screen as they do on screen. In other words, they help each other get through the day, and especially when the going gets rough. If there’s one person who knows that all too well it’s Tanner Novlan (Dr. John Finnegan), who recently admitted that the “coffee ran out” when he was having a hard time remembering some of his lines while filming. Here’s what you need to know.

Speaking to Soap Opera Digest in a new interview, the handsome actor says that he is most grateful for his co-star Scott Clifton (Liam Spencer), as he recently helped him thaw a brain freeze while they were trying to get through a scene.

Tanner recalled, “Sometimes, the dialogue just won’t stick and I’ve had a couple of times where I’m like, ‘I will get it. I will get it.’ And, we did get it. I was talking with Scott and I was in a rhythm but as I said, the coffee ran out.

Since we don’t have any craft services because of the guidelines about food [due to Covid-19], Scott actually brewed me a cup of coffee from his room and was like, ‘Here, try this,’ and so once I had that in me, I was good to go! I remembered all the times. I praise Scott, although maybe he just wanted me to get it so we could all go home but either way, it worked.”

It’s a good thing that Tanner has friends like Scott around to help make him an emergency cup of Joe when he needs it the most, right? Scott Clifton truly is the gift that keeps on giving. The Bold and the Beautiful airs weekdays on the CBS network. Check your local listings for times.