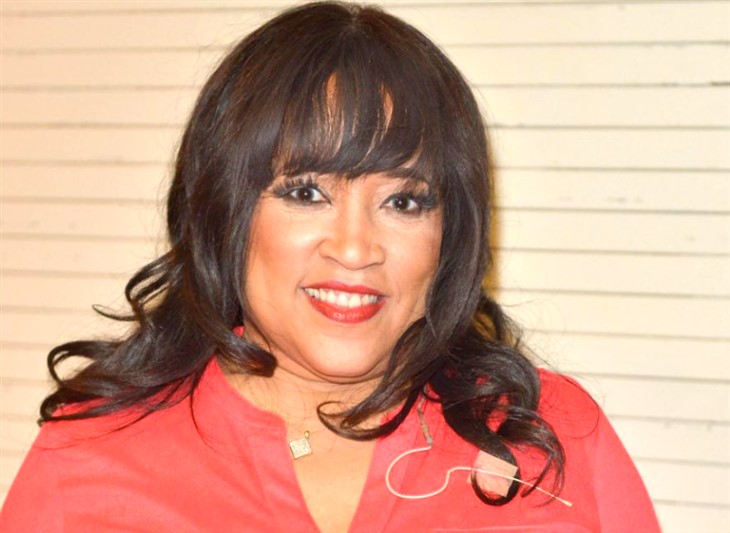 Days of Our Lives spoilers previously confirmed Jackée Harry has joined the NBC soap. At the time of the announcement, there was very little information. However, head writer Ron Carlivati has shared a few more details about Paulina and her family connection in Salem. She arrives in town after Eli Grant (Lamon Archey) and Lani Price Grant’s (Sal Stowers) twins are kidnapped. Keep reading to find out more information about the upcoming storyline.

Days Of Our Lives Spoilers – Jackée Harry Cast As Paulina

DOOL spoilers reveal that a few weeks ago, Harry spoke with Today and announced her new project. She confirmed that she accepted a role on the NBC soap opera. At the time, she would only say that her character’s name is Paulina and she has a daughter. The actress also teased a Carver connection.

In the new issue of Soap Opera Digest, Carlivati shared some additional details. We know that there is a family connection to the Carvers. The scribe said she would be part of Eli and Lani’s family but wouldn’t get more specific. But since we already know about the Carver link, then it’s clear that Paulina is actually related to Lani.

Days of Our Lives spoilers reveal that Paulina will come to Salem to reconnect with her family. But it’s a bit more complicated than that, the head writer told Soap Opera Digest. She shows up after Eli and Lani’s newborn twins are kidnapped from the hospital. We don’t think Paulina is responsible for the abduction, but that she will come to give Lani her support. Perhaps she has some connections that might be able to help locate the missing babies.

Days Of Our Lives Spoilers: Gwen Admires Chad, But Crushes His Soul Anyway

“Knowing that we were planning to have this crisis with Lani and Eli’s babies being kidnapped, the focus would be on their family and that’s when I started to think, ‘Well, maybe this might be a good moment to bring Jackee into it and maybe she has some connection to the family.’”

It is teased that Paulina is successful and outspoken. Carlivati added that the character is a self-made woman who is extremely independent.

“She comes to town in connection to what happens to those babies but we learn a little about her background and her connection to everybody, and she immediately sort of has thoughts and plans about doing business in Salem, I’ll just say that.”

Why do you think that Paulina shows up after the Grant twins are kidnapped? Does the abduction compel her to support Eli and Lani as they search for the missing newborns? Or is there another connection to the story? Let us know what you think is going to happen when Harry makes her big debut.