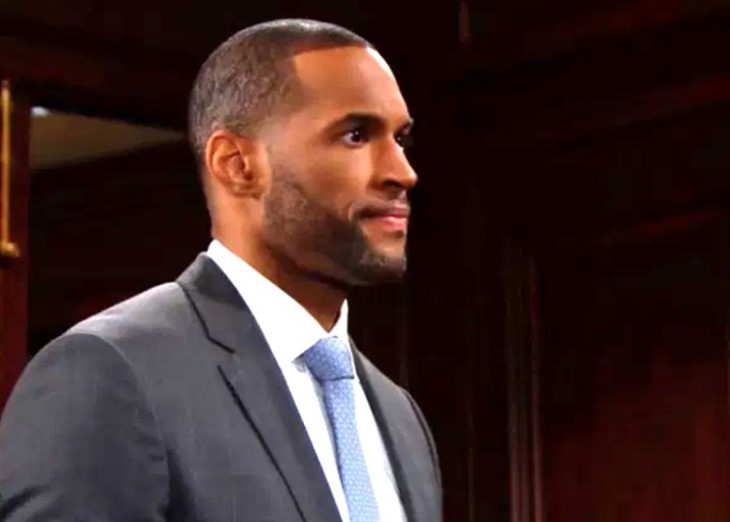 The Bold and the Beautiful spoilers for 2021 reveal that in Los Angeles the war between Zoe Buckingham (Kiara Barnes) and her sister will heat up. Paris Buckingham (Diamond White) isn’t going to let Zoe control her life. To get revenge, the newcomer exposes a dirty little secret that could end Carter Walton’s (Lawrence Saint-Victor) engagement.

The Bold And The Beautiful Spoilers – Zoe Buckingham’s Fury

B&B spoilers reveal that Zoe doesn’t like having Paris in Los Angeles. She has her job at Forrester Creations, is engaged to a successful man, and has her own network of friends. She is getting sick and tired of Zoe constantly hanging around all the time. Things eventually get out of control. Zoe completely loses it when Paris is offered a position at the Forrester Foundation.

Zoe demands that Carter take back Paris’ job offer and that’s something that is not going to happen. Zoe would need to come up with a very good reason for the job offer to be rescinded. Paris most likely gets the job despite how Zoe feels about it, but she will definitely hear about her sister’s head exploding.

When you look at it, Paris has crossed a few lines, but Zoe hasn’t discussed any boundaries with her. Instead, she talks down to her, tries to embarrass her in front of everyone, and rages behind closed doors. However, we have seen Paris try to talk things through with her sister, but it’s clear Zoe isn’t interested in repairing the issues. She just wants Paris gone.

The Bold And The Beautiful Spoilers -Paris Buckingham’s Revenge

The Bold and the Beautiful spoilers reveal that Paris isn’t going anywhere and she had about had it with her sister’s behavior. It’s one thing to disrespect Paris, it’s quite another to try to stop her from getting a job. We know that in 2021, Carter will find out about Zoe and Zende Forrester (Delon de Metz). So, we are thinking Carter found out from Paris.

Paris is probably thinking that if Zoe thinks it’s acceptable to interfere with her life, then she will show her how it feels.

In the new issue of Soap Opera Digest, executive producer, and head writer Bradley Bell said we would find out about Zoe and Paris’ backstory. Why didn’t they speak for so long? Why the sudden appearance without calling first? Why all the anger towards Paris? It seems that this is more than sibling rivalry.

Something happened in the past and it’s affecting how these two interact now. Zoe mentioned once that Paris always “injects herself” into her life. She’s also concerned about everything she worked for just being handed to Paris. So, that suggests there is already a history of it. It will be interesting to find out what exactly happened and if it’s something that can be resolved.