The Bold And The Beautiful Spoilers: Finn Goes Ballistic, Unleashes His Anger On Liam 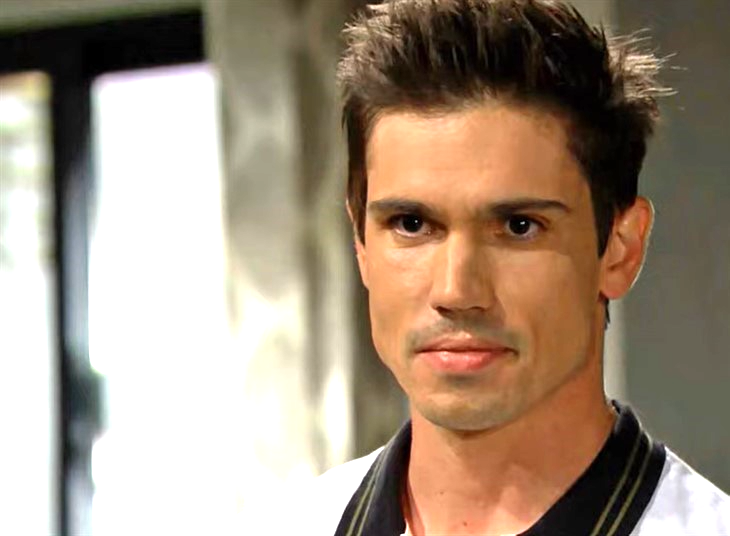 The Bold and the Beautiful spoilers indicate that in Los Angeles Liam Spencer (Scott Clifton) will face the wrath of an angry Dr. John “Finn” Finnegan (Tanner Novlan). Upcoming previews say that Liam and Steffy Forrester (Jacqueline MacInnes Wood) will come clean about their night together.

At first, the exes were at odds over what to do. Liam wanted to tell the truth, while Steffy wanted to keep quiet. However, it seems her conscience gets the best of her, and she realizes they need to do the right thing. When Liam and Steffy do come clean, it’s going to cause a lot of heartaches and surprising reactions.

The Bold And The Beautiful Spoilers – John Finn Finnegan’s Reaction

Since the moment of his debut, Finn has become a favorite with B&B viewers. His caring nature along with his budding romance with Steffy made fans fall in love with him. Finn has been a gentleman, yet according to upcoming spoilers, there may be a different side to him.

Previews suggest that Finn will have a surprising reaction when he learns about Steffy and Liam’s betrayal. Finn’s going to be upset when he learns the news and will evoke his anger.

With Finn’s anger raging, he’ll go after the person he feels is responsible, and that’s Liam. In the past, Finn has warned Liam about interfering in his and Steffy’s relationship. He also advised Liam to concentrate on his own marriage to Hope Logan (Annika Noelle), and not worry about Steffy.

Finn knows about Steffy’s history with Liam, and during her pill addiction, she unleashed the pent up hurt she felt because of Liam.Steffy was making progress and moving on with her life until Liam had to mess things up again. Finn knows it’s hard for Liam to let Steffy move on, and he’ll believe Liam took advantage of Steffy once again.

He’s going to be furious at Liam, and he’ll decide to take Mr. Spencer down a peg.

When the time comes for a confrontation between the two, there will be a lot of fireworks and Liam will suffer at the hands of Finn.

The Bold And The Beautiful Spoilers – What Happens With Steffy Forrester?

The big question in this story is how it will affect Finn and Steffy’s relationship. Finn’s going to be hurt by Steffy’s betrayal, and he may not forgive her so quickly. Steffy said she loves Finn and wants to be with him, but her actions will alter their relationship.

Finn loves Steffy and was looking forward to a future with him. Now, he’s going to be unsure if he can trust her, or if they can survive this. Steffy will do everything in her heart to win Finn back, but it’s going to take time before he’s ready to forgive her.

Whether they’re able to work out their problems or they go their separate ways remains to be seen. But fans are rooting for Team Sinn in this storyline.

The Bold And The Beautiful Spoilers: Sheila’s Plan Is Ominous – All Hail…

The Bold And The Beautiful (B&B) Spoilers: Eric Reverses Course, Makes A…