The Bold And The Beautiful Spoilers: Thomas, Zoe, Liam And Katie Need To Make Big Changes in 2021 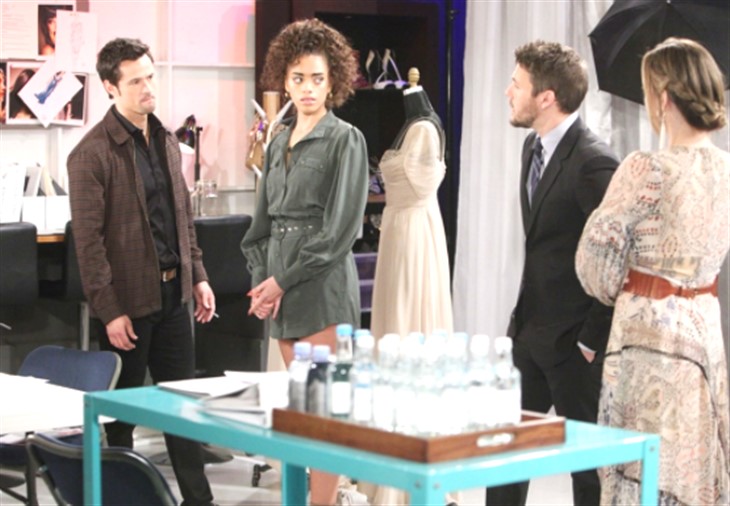 The Bold and the Beautiful spoilers document that Thomas Forrester (Matthew Atkinson) needs something beyond full recovery. His special holiday gift would be a vow to find a new love because Hope Spencer’s (Annika Noelle) heart is reserved for Liam Spencer (Scott Clifton).

Even if Hope’s marriage is dashed by the reveal of what happened at the cliff house, Liam is the man she’ll eventually return to. That would set Thomas up for a major emotional fall, assuming he’d be able to attract Hope’s romantic interest during a Lope break period on B&B.

But Thomas isn’t the only person in this version of Los Angeles, California, who deserves a little something special for 2021.

The Bold And The Beautiful Spoilers – Zoe Buckingham Is Enlightened

Zoe Buckingham (Kiara Barnes) has an earned abundance of riches, following two very tough years. Following her link to the Beth Spencer (Madeline Valdez and River Davidson) debacle, that her father drug her into, and a falling out with Xander Avant (Adain Bradley) and Thomas, Zoe is engaged and has reclaimed her modeling career at Forrester Creations.

Carter Walton (Lawrence Saint-Victor) is a good guy, who clearly is in love with Zoe. His press to get engaged normally would have been followed by a wedding ceremony, but that’s not certain to take place because Carter’s friend returned to town and is also in Zoe’s heart.

Zende Forrester Dominguez (Delon de Metz) cares for Zoe and she knows it. At this point, even considering her engagement to Carter, Zoe has the ability to make a decision in favor of either man. She needs the gift of enlightenment in 2021.

Liam might not react favorably, at first. But when he’s had time to digest the news and consider how it affects what should be his priorities, then John Finnegan’s (Tanner Novlan) status as a father will be welcomed.

But the above might not happen until early 2021. In the meantime, Liam needs to take the white paper that’s on top of one of his Christmas bagged presents and see what’s inside.

Liam’s recognition that Finn is the right guy for Steffy Forrester (Jacqueline MacInnes Wood) would help soothe his mind during this holy season. Wood’s character is urging Liam to embrace the life he’s chosen, rather than pine for the past. Seeing Finn as Steffy’s future is the gift Liam needs in 2021.

The Bold And The Beautiful Spoilers And Recap Monday, December 21: Liam Can’t Handle The Guilt, Steffy And Finn Make Lovehttps://t.co/56RWqa90TJ

Katie was wronged by Bill, as last spring’s kiss with Brooke Logan (Katherine Kelly Lang) confirmed. But he wasn’t involved in a Brill reconnect. It was a foolish mistake that her sister and Ridge Forrester (Thorsten Kaye) got beyond. So, Katie can too, if she wills herself in that direction.

It would be a gift if Katie decides that Batie can be rebooted again. Bill will always be Bill. But he’s also the man who has and will always care completely about her and their son. Love matters during the holidays, as has always been true on B&B.