Days Of Our Lives Comings And Goings: Ava Vitali’s Family Arrives And Will Horton Leaves 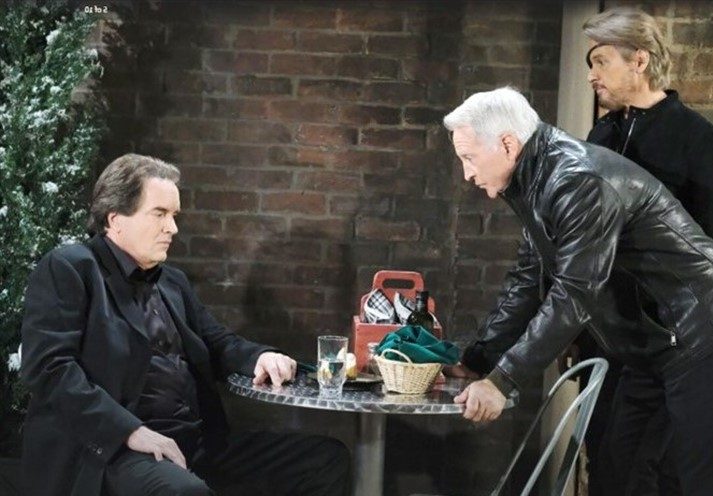 Days of Our Lives comings and goings for the week of January 4 reveal that in Salem at least one member of Ava Vitali’s (Tamara Braun) is going to arrive in Salem. We will once again see Angelo Vitali (Angelo Tiffe), who was last seen in 2017. We will also be saying goodbye to a fan-favorite character. Will Horton (Chandler Massey) is going back to Arizona.

Days Of Our Lives Comings And Goings – Xander Kiriakis Fusses

DOOL comings and goings reveal that Xander Kiriakis (Paul Telfer) and Sarah Horton (Linsey Godfrey) find out what they need to expose Philip Kiriakis (Jay Kenneth Johnson). However, Xander creates a big fuss and it captures the attention of the mob. In fact, one of the Vitali family members will be coming to Salem.

According to Soap Opera Digest, that family member is someone we have met before. Angelo Vitali will come to Salem. The first time we met him was in 2008 and his last appearance was in 2017.

During his most recent stint, he advised Tripp Dalton (Lucas Adams) to avenge Ava’s death by going after Kayla Brady (Mary Beth Evans). He tried smothering her with a pillow, but she woke up and stopped him. Then he grabbed a scalpel and threatened to kill her with it. However, Joey Johnson (James Lastovic) arrived and admitted he is the one who murdered Ava.

Days Of Our Lives Comings And Goings- Will Horton Says Goodbye

Days of Our Lives comings and goings confirm that Will says goodbye. He will be traveling back to Arizona to be with Sonny Kiriakis (Freddie Smith). In Will’s short visit, he did interact with a fair number of characters. It was a lot more interaction and variety than we expected. Hopefully, Will and Sonny come back again, but on a more permanent basis. Future Days Of Our Lives Comings And Goings

DOOL Spoilers – Soon, we are going to see the return of Sami Brady (Alison Sweeney). It will be for an extended stay that lasts throughout most of the year. All we know is that it will be an emotional storyline. There are a lot of theories on what that could be about, but nothing has been confirmed yet.

We will also meet Pauline, a new character being played by actress Jackée Harry. She is related to Lani Price Grant (Sal Stowers) and shows up after the twins are kidnapped. It is expected that she will stick around because head writer Ron Carlivati said Pauline would think about opening a business in Salem. She is described as extremely independent, outspoken, and successful. She also has a daughter, but we aren’t sure if she is currently on the canvas or if she will be off-screen. We will keep you posted with new details as they come in!