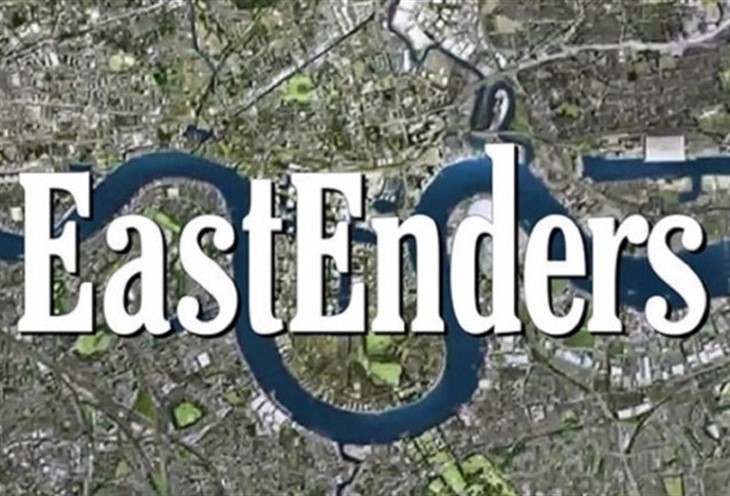 Eastenders spoilers for 2021 reveal that in Walford we are going to see some explosive storylines, odd pairings, and perhaps a little justice. Executive producer Jon Sen has spoken out about what fans can expect from Mick Carter (Danny Dyer), Sharon Beale (Letitia Dean), Ian Beale (Adam Woodyatt), Gray Atkins (Toby-Alexander Smith), and more.

As /2021 kicks off, Mick will go from suicidal and secretive to confronting his abuser and trying to save his marriage. He will also get solace from someone familiar. Sen told Digital Spy that Max Branning (Jake Wood) will say goodbye in a dramatic way, but will Linda Carter (Kellie Bright) be going with him? As far as the abuse, we will see how that continues to affect Mick. Frankie Lewis (Rose Ayling-Ellis) will be forever tied to the Carter family, but she’s going to struggle now that everyone knows she’s the produce of sexual abuse.

Eastenders spoilers reveal that Gray still hasn’t paid for Chantelle Atkins (Jessica Plummer) death. Now he has also killed Tina Carter (Luisa Bradshaw-White). However, Sen hinted that we will see Gray pay the price in 2021 and that “the soap gods never forgive something like that.”

Ruby Allen (Louisa Lytton) will be determined to keep Martin Fowler (James Bye) close. However, she’s just pushing him away by escalating her war with Stacey Slater (Lacey Turner). In fact, Martin recently admitted that he admires Stacey’s strength and that she really understands him. Expect more trouble and surprises for Ruby and Stacey.

Eastenders spoilers reveal that Kheerat Panesar (Jaz Deol) will form an alliance with an unlikely family. He will still be having a difficult time with Chantelle’s death, but he forms a bond with someone else.

Sharon is determined to make Ian pay for her son’s death. Eastenders spoilers reveal that she will have a new perspective, but she is just getting started.

“Of course the big moment from Christmas was Sharon’s deathly scheming against Ian after she masterminded the attack with Phil that didn’t go quite to plan. Sharon isn’t about to let Ian off the hook that quickly, her poisonous plotting is just getting started and she wants to avenge Denny’s death once and for all.”

Callum Highway (Tony Clay) continues to be conflicted between his career and heart. He promised his police superiors that he’d bring in Phil Mitchell (Steve McFadden), but he’s in love with Ben Mitchell (Max Bowden). So, we will see the conclusion to that and what kind of price, if any, Callum will have to pay.

There is much more coming for Lucas Johnson (Don Gilet) and Denise Fox (Diane Parish). One popular couple will split apart while loving blossoms for multiple characters. Billy Mitchell (Perry Fenwick) continues to struggle with Jay Brown (Jamie Borthwick) and Honey Mitchell (Emma Barton). Keegan Butcher-Baker (Zack Morris) and his wife will be strong in 2021, although still broken.

Which characters are you most interested in seeing in 2021? Do you have any predictions for the storylines?