The Bold And The Beautiful Spoilers Next Week: Is Thomas’ Apology Sincere? Actor Explains Motivation 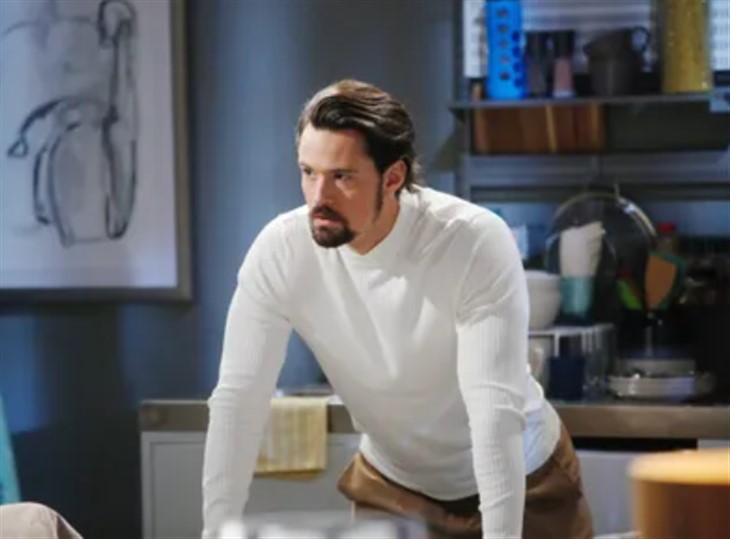 The Bold and the Beautiful spoilers reveal that in Los Angeles Thomas Forrester (Matthew Atkinson) is going to give Hope Logan (Annika Noelle) a heartfelt apology. However, some viewers are wondering if he’s sincere or if he could still be obsessed. The actor has spoken out about the storyline, saying Thomas’ heart is more open and honest than ever.

The Bold And The Beautiful Spoilers – Kissing The Mannequin

B&B spoilers reveal that probably the most shocking moment of the mannequin storyline was when Thomas kissed it, believing it was Hope. The incident was seen by one person, which Thomas will find out during the week of January 4. He is already overwhelmed and struggling with coming to terms with everything that happened. Now he’s going to get another bombshell.

Liam just happened to walk into Thomas’s apartment when the kiss was taking place. However, he didn’t realize that the woman was not Hope, but the mannequin. He didn’t confront them and didn’t make his presence known. He snuck out as quickly as he snuck in. Liam ran to Steffy Forrester’s (Jacqueline MacInnes Wood) house, chugged tequila, and slept with his ex. He didn’t find out until the next day that Hope, never betrayed him, that the “woman” was the mannequin.

The Bold And The Beautiful Spoilers: Thomas Humiliated, Realizes Liam Saw Him Making Out With Mannequin

The Bold And The Beautiful Spoilers – Thomas Forrester’s Apology

The Bold and the Beautiful spoilers reveal that Thomas is going to find out that his humiliating mannequin kiss was witnessed by Liam. Not only did someone see it, but it just had to be his worst enemy. Out of every single moment of that night, Liam just had to walk in at that moment and see the kiss.

When Thomas learns about what Liam saw and how he thought Hope was cheating, he will apologize. It is teased to be a heartfelt apology, which Hope will really appreciate. However, there are some fans that believe Thomas is still obsessed, so is the apology genuine or just a manipulation tactic?

The Bold And The Beautiful Spoilers: Hope’s Shocking Reaction To Secret, Drops Her Own Bombshell https://t.co/TchuaPHsvf pic.twitter.com/OzgXlXW4lt

Actor Matthew Atkinson explained what is going on with Thomas when he apologizes to Hope. He told Soap Opera Digest, “Thomas is experiencing a deep sense of shame, and he’s not used to being this vulnerable, especially to Hope, it’s in an honest and new way. His heart is more open now than it ever has been.”

Does that mean Thomas will never get obsessed again? No, it doesn’t. It only refers to what is happening with Thomas at this specific moment. However, him getting fixated on Hope again is a concern. Especially since Hope will spend more time with him and open up about her relationship with Liam. She’s teetering on dangerous territory, but we will have to wait and see what happens with Thomas.