The Young And The Restless Spoilers: Is Chelsea’s Tragic Stroke Adam’s Fault – Or Is Billy To Blame? 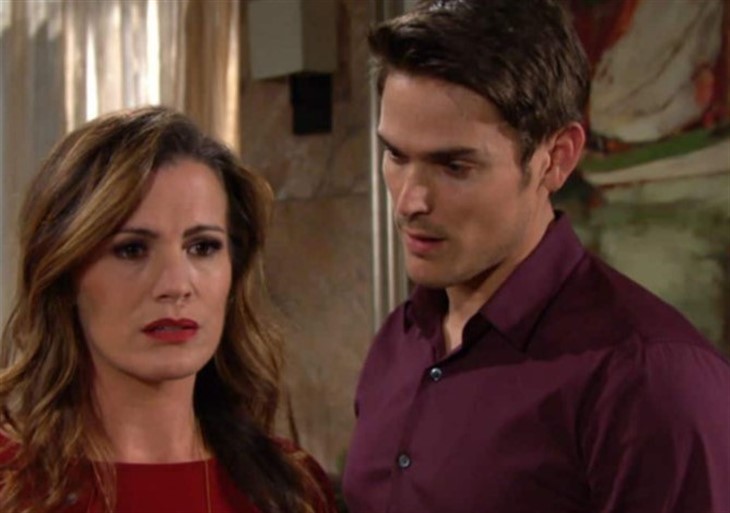 The Young and the Restless spoilers document that in Genoa City, Wisconsin Adam Newman (Mark Grossman) knows that if anyone is responsible for Chelsea Lawson’s (Melissa Claire Egan’s) health crisis, it’s him. He won’t initially take that blame, but instead will lash out per his usual terrible behavior pattern.

Matt Katrosar (Emergency Medical Technician, previously the mostly unseen abductor), who is Egan’s real-life husband, was seen on New Year’s Eve. His original character was the man who Adam paid to knock Chelsea out. She was then taken and locked in a building, which was the setting where Chance Chancellor (Donny Boaz) eventually took a bullet that Alyssa Montalvo (Maria DiDomenico) intended to hit Grossman’s character. Yes, Adam’s world is as complex as ever.

The Young And The Restless Spoilers – Knocked Out Cold

Chelsea endured a number of fainting spells before she was diagnosed with an aneurism. Why her surgery wasn’t scheduled before New Year’s Day seems to be a potential vulnerability that Adam could eventually litigate. But in the meantime, he’s concerned about immediacy.

Adam’s order to have Katrosar’s initial character knock Chelsea out cold can’t be wished away. Without that having happened, would she have later needed emergency surgery?

If Adam had only gone back to the penthouse, instead of stopping by Society, he would have been with Chelsea when she collapsed. Thankfully she was able to call for an ambulance before passing out, which was a bit soapy, but generally believable. Adam knows that he should have been with the woman who loves him more than anyone, other than his mother, Hope Wilson (Signy Coleman), has.

Adam’s nosy nature combined with his ego to spurn his stop at Shey’s wedding ceremony. He watched from afar, without being spotted, which was a stretch.

Having Phyllis Summers (Michelle Stafford) catch Adam saved that section of the plot, as it followed their prior conversation about personality traits that was held at Crimson Lights.

Now, due to the ongoing need for a variety of safety protocols, Katrosar was again needed on the set, as his EMT character, had to come into close contact with Egan. No one other than a close loved one could do that, which helped that critical scene to work. Chelsea’s life was protected and so was Egan’s.