Royal Family News: Prince Edward’s Callous Remark About His Wife To A Reporter 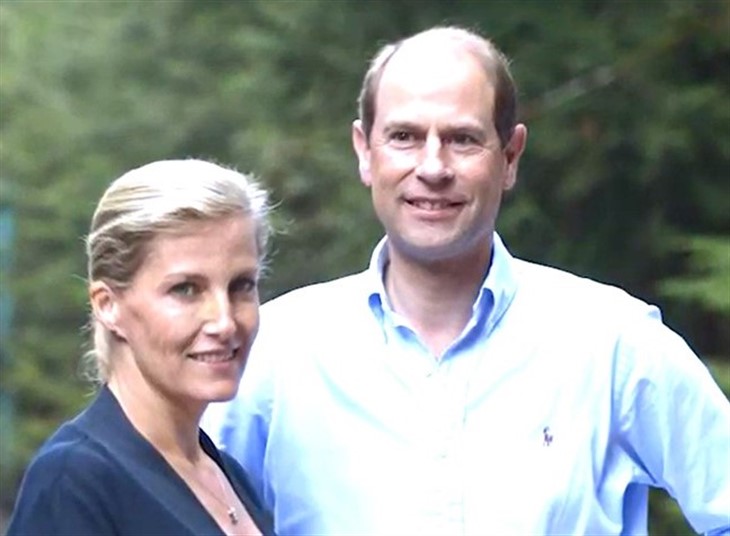 British royal family news shows that the normally placid Prince Edward was once driven to the edge of anger when asked a question about his now-wife Sophie, Countess of Wessex. Apparently, he did not approve of the line of inquiry and responded rather rudely to the reporter who asked the question.

He did no less than tell the reporters simply doing their job to, “shut up and mind your own business.”

That wasn’t very regal of the prince now was it?

Royal Family News – Why Did Edward Become So Livid At The Press?

Members of the Royal Family are public figures and as such have to endure intense scrutiny on their lives and relationships. That is nothing new, and by the time they are adults should have been properly trained to respond in an appropriate manner.

On one occasion, when Edward was dating then-girlfriend Sophie Rhys-Jones, he was asked several times whether he was going to propose. At one point he retorted that if they kept asking, he was less likely to do it; what must poor Sophie have thought of that?

The Queen’s youngest child, and perhaps most petulant added, “If you shut up, mind your own business and let me do it when I want, it’s much more likely to happen.

For some reason he didn’t stop talking about not wanting to talk about it and babbled on, “The more people second-guess, the less likely it is I just won’t do it.” Imagine that—your fiancé allowing the media to determine whether or not he proposes.

Edward complained about media intrusion in general, saying: “There is little escape for anyone in the public eye. And for the Royal Family, nothing at all.

This was later branded a “prophetic” warning to other royals who struggled with the limelight, such as Meghan Markle and Prince Harry.

Prince Edward’s comments, speaking to the Radio Times in 1996, reflect the Sussexes’ stated desire to escape media attention. But their stated desire and their overt behavior don’t align. Instead of shirking from scrutiny, they have sold themselves to high-profile media giants Netflix and Spotify.

Like the Markle’s, Edward and Sophie tried to keep up their individual careers after marrying and being given the titles of Earl and Countess of Wessex. But their half-in, half-out life was untenable and in 2002 they became full-time royals.

Prior to that Sophie ran her own public relations agency, RJH Public Relations, with her business partner Murray Harkin, for five years.

Be sure to catch up on everything happening with the royal family. Come back here often for spoilers, news, and updates.