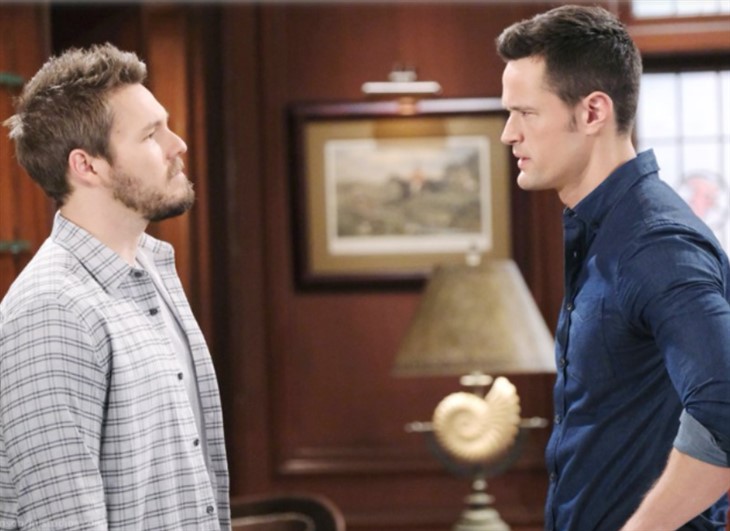 The Bold and the Beautiful spoilers tease that in Los Angeles Thomas Forrester (Matthew Atkinson) has the opportunity to do something that would not have been possible a mere matter of weeks ago. He can choose to defend Liam Spencer (Scott Clifton) after the cliff house reveals drop.

Thomas isn’t the villain in the unfolding storyline. Separately, he wants John Finnegan (Tanner Novlan) to be part of his sister’s life indefinitely. So, those factors can allow Atkinson’s character to become Liam’s unexpected defender.

The Bold And The Beautiful Spoilers – Yesterday No Longer Applicable

Reflect on the old stories about Thomas. The ones viewers know so well, like when he intimidated numerous people into remaining silent about Beth Spencer (Madeline Valdez and River Davidson) being alive, or when he tailgated Emma Barber (Nia Sioux) to her death. Those plot lines can’t be cited now because B&B has skillfully written Thomas into a truly sympathetic position.

The manipulative pressure Thomas applied to Hope Spencer (Annika Noelle), which caused him to orchestrate the backyard cliff house kiss, or to be accidentally pushed into a vat, is ancient, inapplicable history. And that’s a major change that happened when Finn helped to save Thomas’ life, which included the diagnosed subdural hematoma.

The Bold And The Beautiful Spoilers: Thomas Humiliated, Realizes Liam Saw Him Making Out With Mannequin

Liam has remained suspicious of Thomas’ every move since he returned from New York. The volume of terrible consequences that resulted from all of the reckless actions Thomas took fully shaped Liam’s viewpoint.

So, when seeing the Hope mannequin and in consideration of the dimly lit setting, it made sense that Liam thought his wife was kissing Thomas. But Liam did not have to drive to the cliff house and immediately inform Steffy Forrester (Jacqueline MacInnes Wood), which led to Steam’s reconnect.

If Liam had only gone back to the cabin, where he didn’t think his wife was, he would have confronted Hope. She would have likely convinced him that what he thought he saw didn’t happen. And even if she didn’t get through to him that night, then at least Liam wouldn’t have made the mistake he did with Steffy.

The Bold And The Beautiful (B&B) Spoilers: Zende And Paris Share A Passionate Moment Together https://t.co/CKAXMda1Kk pic.twitter.com/lMYs2J3enA

The Bold And The Beautiful Spoilers – Thomas Forrester Has Major Opportunity

Thomas would likely need many months, or years before a number of people who he’s wronged, including Liam and Brooke Logan Forrester (Katherine Kelly Lang), begin lowering their defenses even a few inches. But if Thomas chooses to defend Liam, Clifton’s character should acknowledge that redemption is plausible.

It wouldn’t be believable to have Thomas and Liam become great friends. But B&B could write Liam out of the rut, where he constantly blames Thomas. Just that would be a positive outcome within the arc.