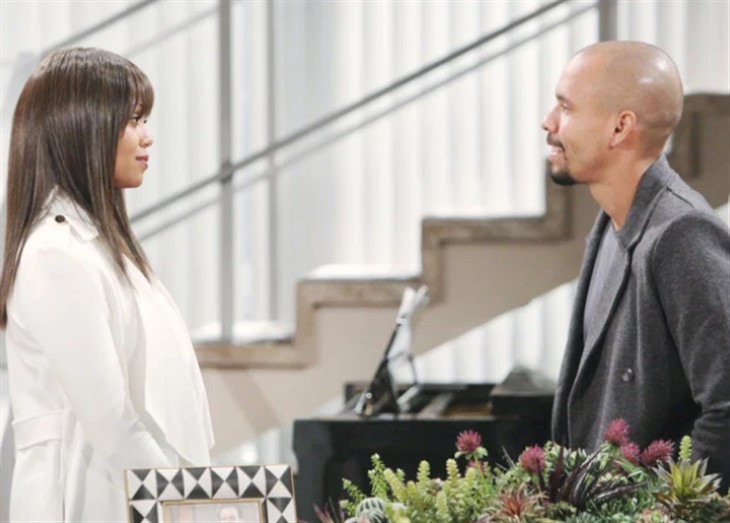 The Young and the Restless spoilers document that in Genoa City, Wisconsin Amanda Sinclair (Mishael Morgan) and Devon Hamilton (Bryton James) only became friends in recent months. That is just one of the differences between how Hevon happened.

A smart plot path continues to unfold for Morgan to pursue as she embodies her second character on this classic soap opera. Devon misread Amanda as an adversary when she first arrived in Genoa City, Wisconsin. Digitally skipping to now, he’s single and is becoming more involved in her personal life by the day.

The Young And The Restless Spoilers – Personal Matters Are Important

Hilary Curtis (Morgan) realized that she’d wrongly targeted Neil Winters (Kristoff St. John) for her mother’s death. Neil’s forgiveness led to Hilary falling in love with him. Later, she developed deeper feelings for Devon, which established one of Y&R’s top couples of the last decade.

Amanda’s entrance into the show and subsequent personal developments have included an unwanted reconnection with an ex-boyfriend, Ripley Turner (Christian Keyes). She also had a friendship with Nate Hastings (Sean Dominic). That didn’t go anywhere because he realized that Elena Dawson (Brytni Sarpy), Devon’s then significant other, was the woman he loved. Nelena is now a couple.

Y&R Spoilers – Contrast Between Then And Now

Amanda is far more measured than her late, impulsive sister was. As the writing staff continues to develop Morgan’s newest alter ego, it’s also presenting a different form of bonding between Amanda and Devon.

Fans are right to wonder if this pairing will simply remain, friends, because that would follow some of the other major differences between Hilary and Amanda. Devon and Amanda were clearly projected to have a linked storyline at some point, which has now arrived. But that doesn’t necessarily mean they must become romantic partners.

The Young And The Restless Spoilers – Demanda Would Provide Challenges

The on-screen chemistry that James and Morgan’s exhibit made Amanda an eventual fit with Devon in some capacity. For the moment and into the near future, Devon is providing needed support to Amanda as she attempts to establish contact with her and her deceased identical twin’s birth mother, Naya Benedict (Ptosha Storey).

This feels like the moment when Amanda’s vulnerability, combined with Devon’s continued reeling, due to Elena’s betrayal, will cause Demanda to form. But it would be more creatively challenging and potentially more intriguing, depending on how it would be written, if that doesn’t happen and Amanda and Devon remain friends indefinitely.