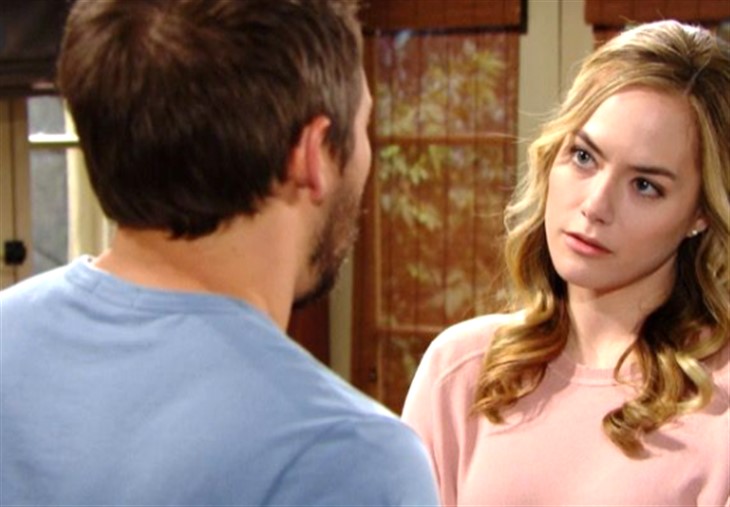 The Bold and the Beautiful spoilers reveal that in Los Angeles cheating is not the only obstacle for “Lope.” It is teased that Liam Spencer (Scott Clifton) and Hope Logan (Annika Noelle) will face multiple challenges in the next several months. Infidelity and Steffy Forrester’s (Jacqueline MacInnes Wood) pregnancy is one, but there are other issues that may prove to be too much.

The Bold And The Beautiful Spoilers – Steffy Forrester’s Pregnancy

B&B spoilers reveal that not only will Hope learn about Liam sleeping with his ex, but Steffy is pregnant. Since Steffy is currently dating John “Finn” Finnegan (Tanner Novlan), that means there is a question of who fathered her unborn baby. That will be two issues rolled into one… trying to forgive the betrayal and then dealing with another child if Liam turns out to be the father.

Thomas Forrester (Matthew Atkinson) will be an issue, just like he always has been. Even though he is no longer obsessed, will he stay that way? Or could living so close to Hope trigger that fixation again? Plus, Hope seems to be confiding in him and she’ll probably lean on him after the “Steam” exposure. Could that end up pushing Thomas from mentally stable to obsessed once again?

That’s not the only issue, though. Liam will never trust Thomas because of things that he did in the past. He will always worry that he’s manipulating Hope again. In fact, he nearly had a stroke learning that Thomas was living at Ridge Forrester (Thorsten Kaye) and Brooke Logan Forrester’s (Katherine Kelly Lang) house until he recovers.

The Bold And The Beautiful Spoilers: Steffy Tries Confessing, But Finn’s Words Leave Her Speechless

The Bold And The Beautiful Spoilers – Liam Spencer Blames A Doll

The Bold and the Beautiful spoilers reveal that Liam blames Thomas for kissing a mannequin for his infidelity. Thomas didn’t throw Liam into Steffy’s bed. The mannequin didn’t shove him into Steffy’s house and pour tequila down his throat. So, he can’t blame his own decisions on Thomas or a doll. If he tries to use it to “explain” his betrayal to Hope, it will sound like he’s not taking responsibility. You can’t blame everything on Thomas, after all.

In the new issue of Soap Opera Digest, it is teased that multiple issues will plague Liam and Hope. It’s true they have overcome a lot in the past. However, every couple has their breaking point. With everything going on at once, could Hope decide that Liam’s cheating is the last straw? Will the betrayal and pregnancy end up ripping “Lope” apart?

How do you think Hope is going to react to Liam’s bombshell? Will she try to understand and forgive Liam considering the circumstances? Or is his betrayal and blaming Thomas simply too much? We will have to keep watching the CBS soap to see what happens with this couple.