General Hospital (GH) Spoilers – Curtis Gets A Shock From Trina? 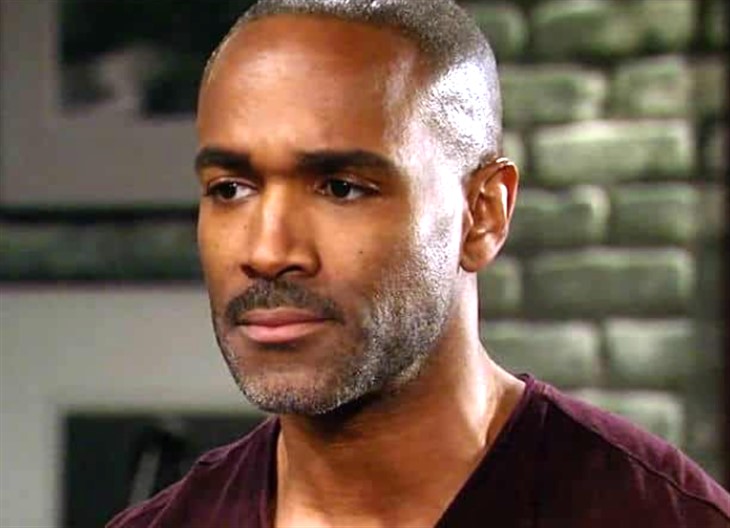 General Hospital (GH) spoilers tease that Trina Robinson (Sidney Mikayla) will soon come to the realization that her treatment of the last several months was uncalled for. Trina blamed Curtis for her father, Marcus Taggert’s (Real Andrews) death she made sure to let him know it every time they were in each other’s orbit. As viewers know, Trina and Cameron Webber (William Lipton) were kidnapped by Cyrus Renault’s (Jeff Kober) men in order to draw Taggert out of hiding so Cyrus could have him killed.

Taggert took the bait and agreed to turn himself over to Cyrus’ men in exchange for the kids’ freedom. But Taggert knew that Cyrus wouldn’t let the kids go no matter what so he asked Curtis come with him and make sure Trina escaped safely.

It was a risky plan with no guarantees but even as Taggert arrived and provided a distraction, Curtis took Trina to safety even though she didn’t want to leave her father at the gunman’s mercy. The last thing Trina saw as she looked back was her father getting shot. But fortunately for Taggert, General Hospital spoilers show Jason Morgan (Steve Burton) also arrived and made sure the injured Taggert was taken to General Hospital.

GH Spoilers – Marcus Taggert Knew That Trina Robinson Was In Danger As Long As Cyrus Renault Could Use Her As Bait!

General Hospital spoilers show Taggert seemed to not be seriously injured, and he had an emotional reunion with Trina. But when Trina stepped out of the room for a moment to look for the vending machines, tragedy struck. By the time Trina returned, Taggert died from complications from his injuries. But everything wasn’t as it appeared.

Taggert, with the help of Jordan Ashford (Brianna Nicole Henry) and Epiphany Jones (Sonya Eddy), faked Taggert’s death so Cyrus couldn’t use Trina again as bait. Neither Trina nor Curtis were aware of this until recently and Trina was angry with Curtis for taking her to safety instead of staying to help the wounded Taggert.

Both Trina and Curtis are angry about Tagger and Jordan’s deception. They let Trina believe that the father she adored had died saving her. And Curtis was left second-guessing himself, wondering if he could have done something so Trina wouldn’t have lost her father. Now that Trina knows that Curtis didn’t indirectly cause Taggert’s “death”, look for her to apologize to Curtis. But is there still a secret out there that could bring them even closer?

A quick General Hospital recap, Curtis and Trina’s mom, Portia Robinson (Brooke Kerr) once had an affair while she was still married to Taggert. Curtis broke it off when he discovered that Portia was married. When he found out that Portia was Trina’s mother, he asked her if he was actually Trina’s father and not Taggert. But is that the truth? Taggert is the only father Trina has ever known and Curtis is married to Jordan.

Even if Curtis was Trina’s dad, Portia may feel that it would make everything needlessly complicated if she told Curtis now. But things are different now. Curtis and Jordan are on the outs. And Trina is seriously disillusioned in Taggert after he let her believe he was dead for several months. If Curtis is Trina’s dad, Portia may feel the time is right to let Curtis and Trina know!

Will Trina and Curtis bond over all the lies they were told? Will Curtis forgive Trina for the way she treated him? Is it still possible that Portia lied and Curtis really is Trina’s real dad? And would the two react to discovering their familial relationship? Love and danger go hand in hand in Port Charles, so stay tuned to General Hospital airs weekdays on ABC. And don’t forget the check back here regularly for all your General Hospital news, new episode information and GH spoilers and rumors!