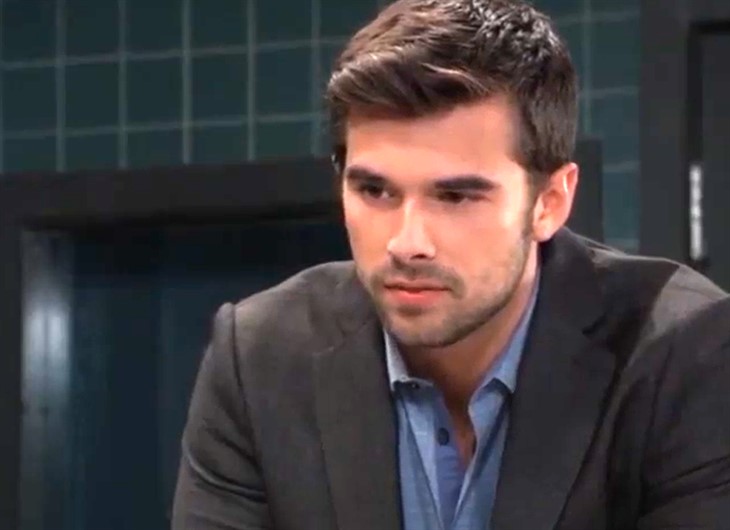 General Hospital (GH) spoilers tease that in Port Charles, NY Harrison Chase (Josh Swickard) is perhaps the nicest guy in Port Charles. He’s always there to help his friends and family, even if it means sacrificing his own happiness. As a respected Detective with the Port Charles Police Department, Chase always goes by the book and follows the rules. But there are some secrets in his family, that if they come out, may change everything Chase knows about himself.

After decades of leaving Port Charles behind, Jackie Templeton (Kim Delaney) returned to help Lulu Falconeri (Emmy Rylan) write an expose on Cyrus Renault (Jeff Kober) in an attempt to expose Cyrus’ life as a drug lord and get him sent to prison. But Jackie’s old friends in Port Charles have been shocked to find out that Jackie is also Chase’s mother! Chase and Jackie are pretty close, but Chase no idea that Jackie slept with his brother, Hamilton Finn (Michael Easton), and could even possibly be Finn’s SON even though Jackie has told Finn that he isn’t!

Now that his father Gregory Chase (Gregory Harrison) is in Port Charles, Chase’s entire family is in Port Charles seem to be getting along which is something that Chase has always fought for even though he doesn’t like it that Gregory is Jackie are separated and may divorce. But this family’s tentative steps at reconciliation is built on a house of cards. Secrets always come out, and once Chase finds out the entire story about Finn and Jackie, he may find himself questioning everything he thought he knew about himself.

General Hospital Spoilers – Could Harrison Chase Decide That Being The Nice Guy Is Too Painful?

There are several possibilities of how Chase’s life could spiral out of control. He might decide that he can’t be with Willow Tait (Katelyn MacMullen), pushing her away for good because he may think he will eventually cheat on her, the way his parents did. He may start to drink more and start dating random women and becoming more aggressive. He might mouth off at work, ruining his sterling reputation. No matter what, Chase’s world will soon be rocked!

How long until Chase hears about his mother’s past relationship with Finn? Will he find out his brother is actually his father? And will Chase take a turn on the wild side, in the process impacting his relationship with Willow and putting his career at risk? Self-destruction is the name of the game in Port Charles, so stay tuned to General Hospital airs weekdays on ABC! And don’t forget to check back here regularly for all your General Hospital news, information, and spoilers!