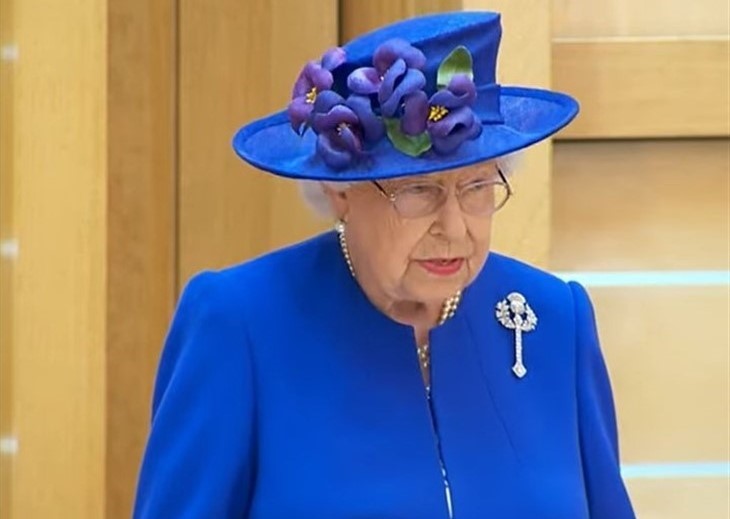 British royal family news confirms that Queen Elizabeth has canceled a major segment of her 2021 calendar. The New Year is barely a week old but based on signals and indicators she felt it necessary to cancel all royal garden parties booked in London and Edinburgh for 2021. Buckingham Palace made the announcement today.

Royal Family News – The Queen’s Garden Parties Have Been Cancelled

The severe move was made as a result of the difficulties faced by aides in trying to party plan while new coronavirus rules and lockdowns are coming and more might be expected.

With Covid-19 precautions and protocols constantly changing it was not possible to commit events without knowing if or how they could be held.

Garden parties are used to recognize and thank members of the public who have gone the extra mile in serving charities and their local communities. The Queen also gives permission for additional garden parties to be held when needed. One such event was held to celebrate the 50th anniversary of The Duke of Edinburgh’s Award Scheme in 2006.

Other additional parties included the commemoration of the Territorial Amy’s 100th Anniversary in 2008 and the Centenary of the Women’s Institute and Blind Veterans UK in 2015.

The events are also held to honor members of the military and diplomatic communities, with four planned each year and held in summer.

Typically the parties are held at both Buckingham Palace and the Palace of Holyroodhouse in Edinburgh.

Royal Family News: Prince Edward’s Callous Remark About His Wife To A Reporter

Today the palace issued a statement saying in part, “The decision has been taken that garden parties will not take place in 2021.”

The parties are no small affair and there will be many disappointed citizens following the announcement. Each year the Queen invites over 30,000 guests to the parties which are held in the gardens of Buckingham Palace or Holyroodhouse.

As such it is estimated that nearly 30,000 cups of tea, 20,000 sandwiches, and 20,000 slices of cake are served at the three parties at Buckingham Palace and one event at Palace of Holyroodhouse. Invitees are found via a network of sponsors.

Typically the parties begin at 4 pm when the Queen and other members of the Royal Family enter the garden and the National Anthem is played by one of the military bands present. Next, the royals begin mingling among the honorees.