The Bold And The Beautiful Spoilers Next Week: Steffy Confesses, Does Finn Forgive Or Walk Away? 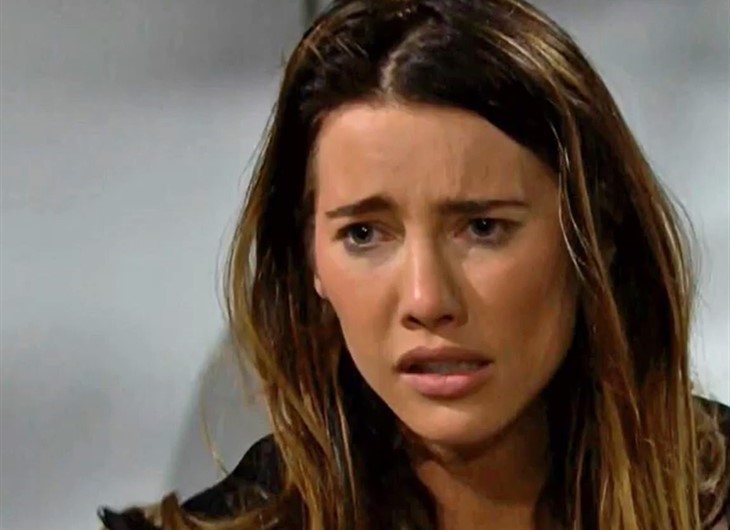 The Bold and the Beautiful spoilers for the week of January 11 reveal that in Los Angeles Steffy Forrester (Jacqueline MacInnes Wood) confesses to Dr. John Finnegan (Tanner Novlan). However, she doesn’t tell him about her pregnancy, at least not when she admits to sleeping with Liam Spencer (Scott Clifton). Does Finn forgive her or walk away from the relationship?

The Bold And The Beautiful Spoilers – Steffy Forrester Confesses Betrayal

B&B spoilers reveal that this week, Liam is trying to tell Hope Logan (Annika Noelle) the truth about cheating on her. Then next week, Steffy will do the same with Finn and admit to having sloppy tequila-fueled sex with her ex. Now for what “Sinn” fans desperately want to know… does Finn forgive Steffy or walk away from the relationship?

It appears that Finn forgives Steffy for cheating on him. While we are surprised, we are also happy because Finn is so good for her. Plus, anything and anyone would be better than Liam. She has a real chance at happiness and Finn treats his woman the way a man should. However, it seems that Steffy might not tell Finn everything right away. According to the new issue of Soap Opera Digest, Steffy admits the reason why she had to tell him about Liam.

The Bold And The Beautiful Spoilers – Pregnancy News Comes Later

The Bold and the Beautiful spoilers reveal that SOD states that Steffy admits to Finn why she had to tell him about Liam. This has to be her being pregnant and not knowing who the father could be. We know from a recent episode that Steffy doesn’t want Hope or Finn to find out the truth until a paternity test is done. So, does she get the test and find out who the father is? If so, is the baby daddy Finn or Liam?

It seems that Finn must be the father of Steffy’s baby. If she casually mentions later why she had to confess, then she must tell him the pregnancy news. We would have a hard time believing Finn would stay if Liam were the father. However, we could see Finn considering staying with Steffy if he were the father.

Another possibility is Steffy just says she got a paternity test. She might not want to risk finding out Liam could be the father because it would ruin her romance. She might be desperate enough to do anything to keep Finn, especially since Liam’s marriage is ruined by the cheating reveal.

So, this “Steam bombshell” that involves the Forresters, Spencers, and Logans might be a paternity reveal. Could they find out later that the baby actually belongs to Liam? That’s the only thing that really makes sense. Plus, Clifton told SOD that the actors don’t’ know who the father is yet. So that indicates no paternity test has been done yet and more bombshells are coming in the future. Let’s hope “Sinn” can overcome all of this and stay together.