The Young And The Restless (Y&R) Spoilers: New Elena Romance In 2021 – Is Nate The Lucky Guy? 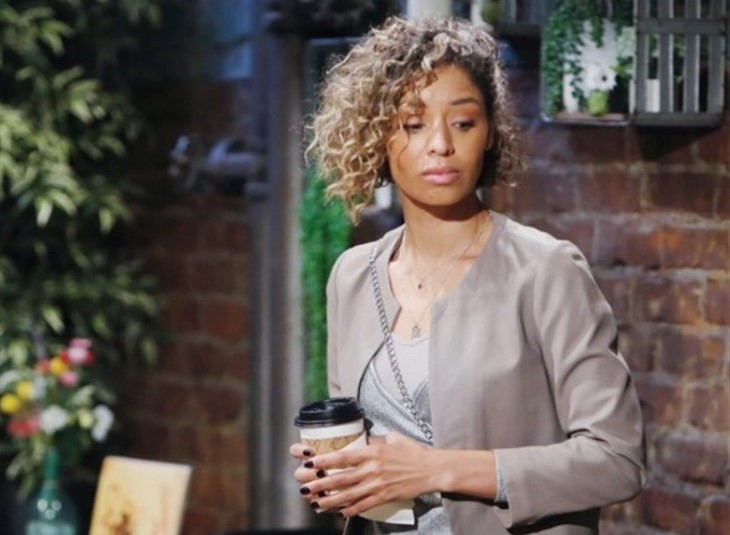 New Young and the Restless (Y&R) spoilers and rumors document that Elena Dawson (Brytni Sarpy) enters the new year with a variety of options open to her. She doesn’t have roots in Genoa City, Wisconsin, and has no obligation to live out her life in this famous daytime setting.

The choice to become a driven careerist might be ahead, as she’s achieved doctor status through persistence and a belief in herself. But the decision to be intensely inner focused has come with a major life consequence. She betrayed Devon Hamilton’s (Bryton James) trust, which ended what had been a wonderful and promising relationship that was heading toward marriage.

The Young And The Restless Spoilers – To Be Fair And Honest

Elena is a warm-hearted person. As viewers recall when they met her, she was selflessly helping her uncle, Jett Slade (Gilbert Glenn Brown).

Devon made it through a period of intense grief because Elena became his next soul mate, following the late Hilary Hamilton (Mishael Morgan). Y&R created one of its top feel-good couples as a result, which made the end of this pairing painful to watch. It is a well-written, believable, and compelling storyline.

One of the clear intents in smashing Elena’s connection with Devon is to enable him to develop a relationship with Amanda Sinclair (Morgan). So, having Elena play the villain facilitates that development.

Just because Elena ended a romantic relationship with Devon doesn’t necessarily mean that Nate Hastings (Sean Dominic) will become her husband within weeks, or months. Soap operas aren’t that simple and shouldn’t be.

This iconic, hour-long steamer includes many sets of scenes each day. Within them, rotating characters live out their lives. And so, Elena has and will continue to need time to determine what comes next.

She and Nate recently had a conversation about the manner in which Nelena started. The doubts expressed could indicate that no future is ahead. That’s a fair guess, but they’re clearly is chemistry between these characters who are portrayed by fine actors. So, Elena is attempting to make a measured assessment.

The Young And The Restless Spoilers – And How About Devon Hamilton?

Devon is someone with who Elena could get back together someday. Having that happen in the near future would feel contrived unless there is some dire scenario that absolutely necessitates it. But even that would likely be a stretch.

Elena and Devon hadn’t fully committed themselves to each other through marriage. So the collapse they experience wasn’t outlandish and the choice to have Elena move to Nate was telegraphed in the months that preceded it. Whether Dominic’s character proves out as the man for her to be with will be seen in 2021 on Y&R.

HH is a leading source for everything linked to The Young and the Restless. Check back regularly for Y&R spoilers, rumors, and news!