The Bold And The Beautiful (B&B) Spoilers: Will Wyatt Or Flo Sink Sally – Summer Digs For Dirt 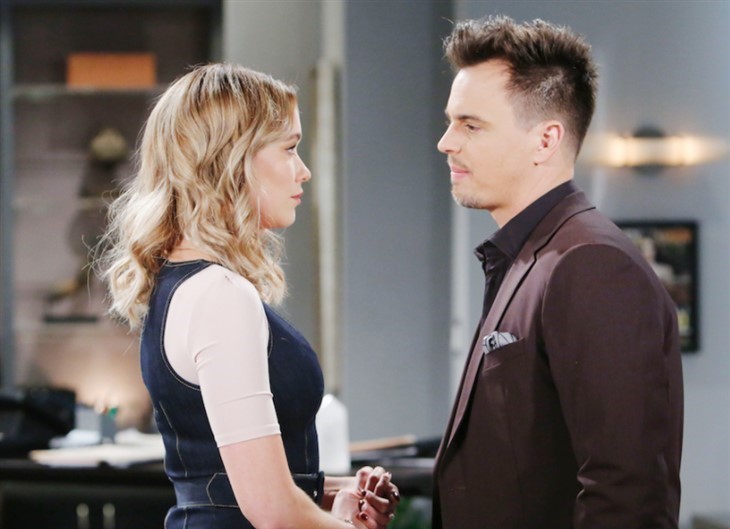 The Bold and the Beautiful spoilers tease that in Los Angeles Wyatt Spencer (Darin Brooks) and Flo Fulton (Katrina Bowden) have the power to upset Sally Spectra’s (Courtney Hope) reboot plan if they want to. Summer Newman’s (Hunter King) trip to Los Angeles, California, from Genoa City, Wisconsin, can result in her having an extended conversation with Wyatt and Flo, which could cook Sally’s post-Christmas and New Year’s celebratory goose.

There’s another troublesome foe who could damage the reputation Sally thinks she’s building in GC as well. Bill Spencer (Don Diamont) has no love lost for Hope’s character and would surely love to fill in Summer if he has the chance to do so.

Sally chose to leave LA a number of months ago. She did so after Wyatt told her to leave him and Flo alone.

Hope’s photo has remained on B&B’s online cast credits page, which implies that she’ll eventually be returning to the show. However, in the meantime, she’s been taken under Lauren Fenmore’s (Tracey Bregman) wing and is in the early stages of trying to re-start her life and career on The Young and the Restless.

Sally wronged Wyatt when lying to him about dying. She also wronged Flo, who she abducted as part of a botched plan to reconcile with Brooks’s character.

So, Sally didn’t actually do anything to Summer, who is coming to LA to ask questions about her past. That leaves Wyatt, Flo, and potentially Bill in an intriguing position.

Summer isn’t entitled to know what happened in LA. But if she isn’t told, then it could be assumed that Sally will be a real threat, possibly an unstable one. Yet, if Summer is told the whole story, then Sally might be forced to leave GC and could return to LA. Wyatt and Flo don’t want that to happen.

The Bold and the Beautiful Spoilers: Thomas Stands Up For Hope – Supports Broken Mom After Cheating Reveal #bb #BoldandBeautiful

The Bold And The Beautiful Spoilers – Talking Professionally, For Starters

There are various directions that Wyatt, in particular, could point Summer in. He could choose to keep details of the two relationships he had with Sally to himself. Sending Summer to Forrester Creations staff would be a compromise option.

Sally’s history of stealing FC designs and recent leave from the company would raise enough red flags to warn Summer. That type of targeted approach could also help Summer most efficiently, as she’s concerned that Sally could succeed in supplanting her at Fenmore’s unless she’s armed with intel and ready to engage in battle if the future need arises.