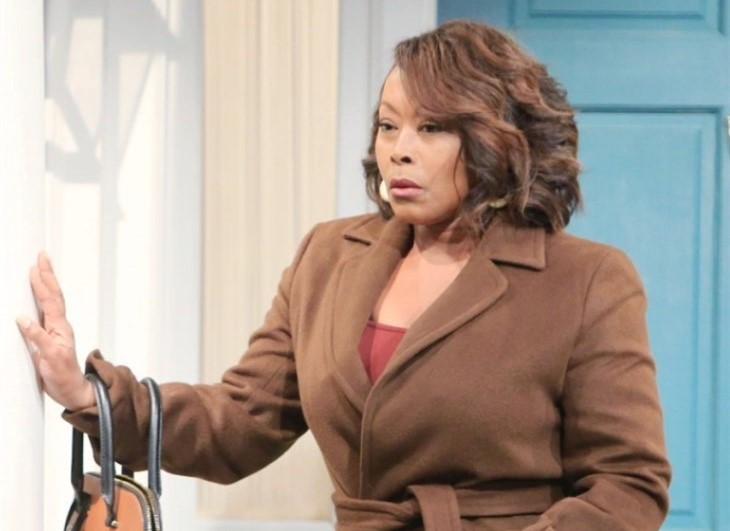 The Young and the Restless spoilers document that in Genoa City, Wisconsn Naya Benedict (Ptosha Storey) is experiencing understandable trepidation. Her choice to give up Amanda Sinclair (Mishael Morgan) at birth came with the likely expectation that she’d never see her other twin daughter again.

But, as Y&R fans know, Amanda’s arrival in Genoa City, Wisconsin, in 2019, and subsequent search for her birth mother led to the discovery of Naya. With only the base details of this backstory known, Amanda wants to meet the woman who is her mother. However, Naya’s nerve currently isn’t strong enough to meet her returned adult daughter’s request.

Devon Hamilton (Bryton James) has been increasingly supportive of Amanda’s efforts to make contact with Naya. That’s part of Y&R’s plan, which appears to be establishing the pairing of Devon and Amanda.

Of course, Hevon’s history naturally led viewers to speculate that Devon and Elena Dawson (Brytni Sarpy) would break. That happened in the latter part of last year, with Devon and Amanda moving toward the edge of the friend line as subsequent weeks have passed.

But, as viewers know, Amanda is Devon’s sister-in-law. That connection has and will continue to serve as the bond that can allow this pairing to form.

As the story goes, Naya was from a financially secure family. She was in college and became pregnant with twins.

For reasons that will be explained, she gave one of the delivered twins to her cousin, Rose Turner (Leslie Stevens), and put the other into the government foster care system. Amanda wants to know why Hilary Hamilton (Morgan) went to live with Rose and she did not and also why both of them were given away at all.

Amanda has already offered her own theories about why Naya made those choices, which changed both girl’s lives forever. But speculation only goes so far, which is why the requested in-person meeting is needed and will happen.

The Young And The Restless Spoilers – Projecting Storyline Into Future

Storey is set to be a recurring character on Y&R. So, the fans are going to see more of Naya than Amanda and Devon did from afar during Christmas.

The writing staff has smartly created a different, delayed entrance point for Amanda, as compared to Hilary. Morgan’s first character didn’t have questions about her childhood but instead was avenging her mother’s death.

The second character Morgan is portraying has had much of her past undefined until now, with the current storyline masterfully including Devon and Hilary. Creating Naya and then having her present the reveal will prove to be compelling and impactful.