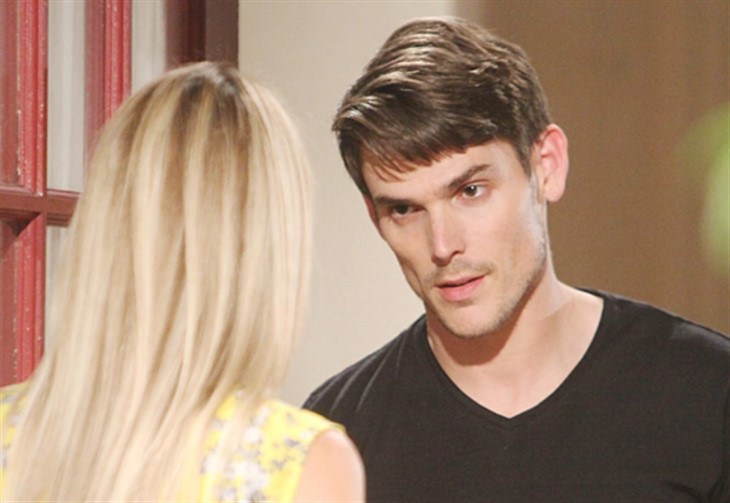 Rey Rosales (Jordi Vilasuso) originally wanted to marry Sharon quickly, with a Halloween wedding as his plan. Sharon turned down that notion, instead opting for a New Year’s Eve ceremony that went off without a hitch. Intriguingly, it was witnessed by Adam, as the audience and Phyllis Summers (Michelle Stafford) know. That was also the night that Chelsea collapsed and needed emergency surgery for a burst aneurism.

New Young And The Restless Spoilers – Surgical Schedule Was Negligent?

Adam is a very litigious person. So, it’s fair to wonder if he’ll go after the medical team at Genoa City Memorial Hospital, as the timing of Chelsea’s surgery came too late. There’s a very real chance that she wouldn’t have a stroke if surgery would have been scheduled earlier.

But Chelsea did suffer that crisis, need emergency surgery, is now paralyzed on one side of her body, and can’t speak. Adam is all about consequences and making people, who he feels are wrong, pay.

Sharon and Rey spoke about Chelsea’s situation. Rey actually tacitly condoned Sharon making contact with Adam as well, believing that she’s managing her feelings in that regard.

But any meeting with Adam, regardless of the time, topic, or surrounding circumstances is dangerous. That’s because the Shadam spark was resurrected by Y&R early last year, after being allowed to be intentionally dormant since the Michael Muhney (Adam) era.

Sharon’s acceptance of Victor Newman’s (Eric Braeden) request to initially go to Las Vegas, Nevada, where she met with the Spider persona, and later, in agreeing to be Adam’s therapist during the retro Kansas arc, were vital. It’s also possible that those moments will be cited in the future as key to an eventual Shadam reunion.

Chelsea’s dire situation means that Adam is genuinely committed to her well-being. He’s not actively pursuing a revival of a relationship with Sharon.

But Chelsea’s recovery and how she chooses to view Adam’s role in what happened to her, meaning the blow to her head that he’s responsible for having caused through the abduction, can serve as the force that ends Chadam. Adam’s resulting single status would then be a direct threat to Shey, a new marriage, or not.

HH is a leading source for everything linked to The Young and the Restless. Check back regularly for Y&R episode spoilers and soap opera comings and goings news!