The Bold And The Beautiful Spoilers: Hope’s Love Dissolves As Liam Confesses – Thomas Picks Up The Pieces 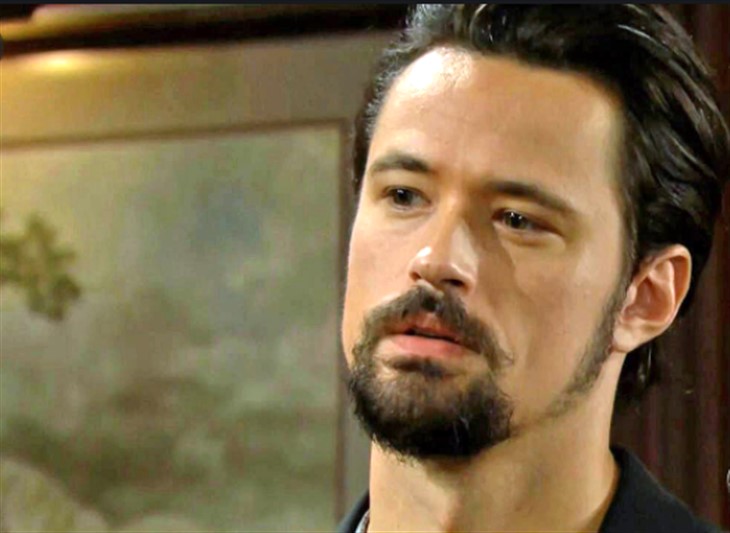 The Bold and the Beautiful spoilers document that in Los Angeles Thomas Forrester (Matthew Atkinson) has looked more peaceful than at any time since he brought Douglas Forrester (Henry Samiri) home from New York in the spring of 2019 after Caroline Spencer (Linsey Godfrey) died. It’s no act either, as Thomas had an epiphany in recent weeks.

The subdural hematoma that Hope Spencer (Annika Noelle) referenced has become the reason why a legitimate redemption storyline is possible. Yes, Thomas is a changed man. Hope’s recognition of that is already important and will become a greater factor when the truth about the Steam reconnect is fully known.

There was some levity injected into the serious conversation Hope and Thomas had over the course of a few episodes. At one point Thomas said that he genuinely felt for Liam Spencer (Scott Clifton), which surprised Hope.

She was used to Thomas knocking her husband, due to the longstanding competitive feelings that have existed between both men, which are mostly based on a rivalry for her affections. However, Thomas did work his way around to an observation that a segment of viewers likely agrees with.

Noting Liam’s weirdness, Thomas was trying to determine why he hadn’t been confronted at the apartment when an apparent kiss with Hope was taking place. Hope wasn’t sure but agreed with Thomas that she would never betray Liam in the manner in which Clifton’s character mistakenly thought she did.

The Bold And The Beautiful Spoilers: How Far Will Steffy Go? Makes Finn The Baby Daddy

B&B’s wardrobe department is operating under a different set of protocols than are normally in place. So, the 1970’s jogging outfit homage that Thomas was wearing may have been from the actor’s own closet. While new, it appeared to make a statement, with the dark woolen hat added for effect and possibly intended as a partial wink to the audience.

Thomas’s look reflected his inner state of mind, which actually is peaceful. The man is happy to be alive and relieved that the tortuous thoughts he was enduring have passed, following brain surgery. The visual added a bit of trendy humor, as everyone knows the latest fashion trends often borrow from classic outfits.

Hope is fully in love with Liam at the moment. That will still be the case when she realizes that he betrayed her with Steffy Forrester (Jacqueline MacInnes Wood).

However, the enormity of the emotional devastation that’s coming will be revved to an even higher level if Liam is confirmed as the father of Steffy’s child. Hope has a choice to make at either point, with Thomas being the man she can turn to for support.