The Young and the Restless Spoilers: Naya Isn’t Pleased To See Amanda At Her Doorstep Demanding Answers 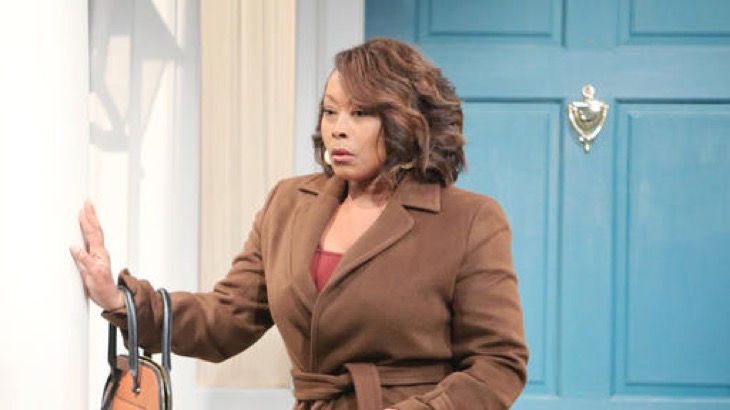 The Young and the Restless spoilers say that in Genoa City, Wisconsin Amanda Sinclair (Mishael Morgan) wants answers, but is she going to get them? That all demands whether or not Naya Benedict (Ptosha Storey) is willing to tell her what she wants to hear. However, Amanda finds out that Naya is anything but pleased when she sees her at her doorstep. Read on for all of the latest spoilers.

The Young and the Restless spoilers tease that Naya is shocked to open her front door and see none other than Amanda there. Right away, she becomes defensive and tells Amanda that she is not her mother, which of course leads Amanda to believe otherwise.

Speaking to Soap Opera Digest in a new interview, The Young and the Restless Executive Producer and Head Writer Josh Griffith says that while Naya is trying to literally walk away from this confrontation, Amanda is not about to let Naya turn her back on her a second time around. After all, Amanda has waited her entire life to hear what Naya has to say to her.

Griffith puts it this way, “Naya’s denial forces Amanda to her breaking point and all of her hurt and frustration of being abandoned as a child comes to the surface. She makes a decision at that moment to not leave until she gets what she came for and that is her truth.”

Y&R Spoilers – Amanda Is About To Face Even Bigger Problems

However, Naya has her guard up. The Young and the Restless spoilers say that Naya can’t help but wonder if this is some kind of shakedown since she comes from a prestigious family. However, Amanda promises to leave Naya alone once she comes clean and answers her questions.

Amanda thinks that learning the truth will help her with her past but what she doesn’t know is that this might just be the beginning to even bigger problems for her and her future. Needless to say, The Young and the Restless fans will have to tune in to find out what will happen next. Y&R airs weekdays on the CBS network. Check your local listings for times.

The Young And The Restless Spoilers: Devon And Elena Share A Passionate Kiss –…

The Young And The Restless (Y&R) Spoilers & Rumors: Devon And Elena…

The Young and the Restless Spoilers: Adam’s Plan For Chelsea Cruel &…