The Bold And The Beautiful Spoilers: Liam And Hope Face A Tough Challenge To Save Their Marriage 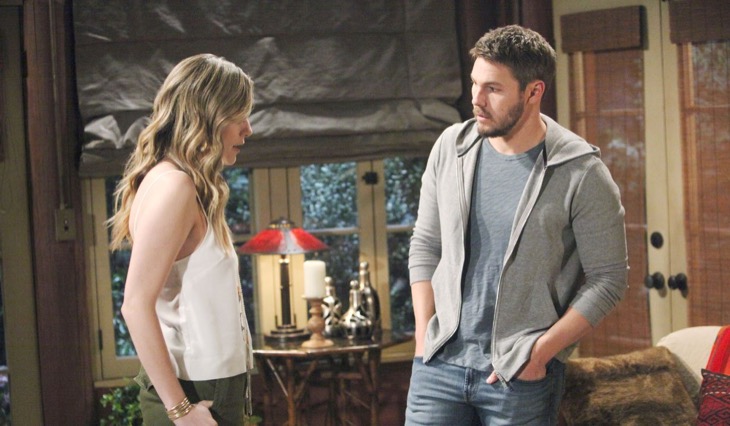 The Bold And The Beautiful Spoilers – Liam Spencer Confessed His Sin

Viewers of The Bold and The Beautiful will recall from a recent episode that Liam finally confessed his sin to Hope. Steffy Forrester’s (Jacqueline Macinnes Wood) revelation of her pregnancy forced both Liam and Steffy to rethink keeping their one-night stand a secret. Liam wanted to confess to Hope all along, but Steffy wanted to keep it a secret, not wanting to risk hurting either Hope or her boyfriend, Dr. John “Finn” Finnegan, (Tanner Novlan). Steffy and Liam have both feared losing their significant others over their mistake.

Liam, always prone to reacting and leaping before he looks, had walked in on a shirtless Thomas Forrester (Matthew Atkinson) making out with the Hope mannequin in his darkened apartment. Liam didn’t even stop to think that Hope wouldn’t betray him like that – he just went straight to the worst-case scenario, then immediately over to Steffy’s house where over a period of several hours they got drunk.

They engaged in what could only be described as drunken grief sex on Liam’s part, although Steffy didn’t exactly say no, and neither one regretted the act itself. It’s more like they regret Steffy’s pregnancy forcing them to get caught! Liam very emotionally tells Hope the whole story of how he saw Thomas half-naked with the mannequin and thought it was her and how he was devastated and spent the night with Steffy, and they had sex, and finally mentions the pregnancy as if it were a small detail!

The word “blindsided” doesn’t nearly describe Hope’s reaction to Liam’s confession; she is gutted and wrecked! After all they had been through trying to get to their happily ever after, and Liam didn’t think, he ASSUMED Hope was cheating on him with Thomas? She feels sucker-punched! She feels betrayed by both Liam and Steffy, considering the two women were finally starting to get along without feeling like rivals!

The pattern of Liam’s waffling between her and Steffy had gone on for years, and now it’s like a sick, warped, twisted version of the movie “Groundhog Day” for Hope, with having to go through the same old pattern once again after having done so for so many times previously! Hope was FINALLY happy, and now the rug has been pulled out from under her! Steffy’s pregnancy, which Liam informs her off as if it were a mere afterthought pulls the rug out from under her even further.

Hope had been happy to see Steffy move on with Finn, and doesn’t understand why she didn’t send Liam on his way home instead of enabling his infidelity! Liam pleads for understanding and forgiveness, stressing that after all they had been through together, couldn’t they work through this as well? But Hope is so hurt and angry she doesn’t even want to look at Liam – he makes her sick! She just wants him to get away from her and leave her alone; this time he has gone too far for them to come back from!