The Young And The Restless Spoilers: Amanda Brings Back All Of Devon’s Hilary Feelings – Elena Forgotten 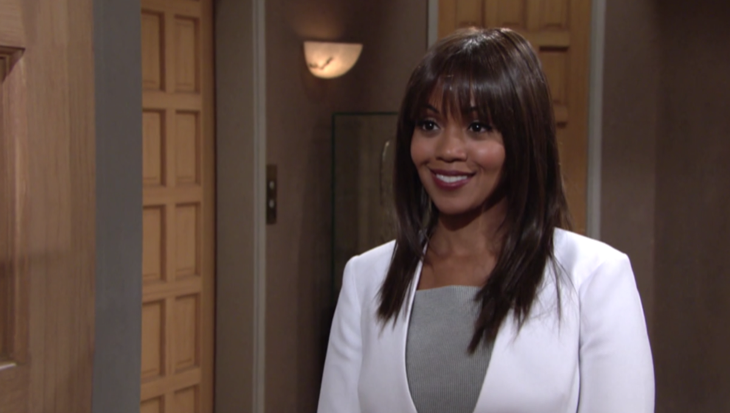 The Young and the Restless spoilers document that in Genoa City, Wisconsin Amanda Sinclair (Mishael Morgan) offered a look that she hadn’t displayed before. When unexpectedly confronted by her half-sister, Imani Benedict (Leigh-Ann Rose), Amanda projected Hilary Hamilton’s (Morgan) persona.

The distinct difference between Morgan’s versions of Amanda and Hilary includes the more nuanced approach to life that the surviving twin offers. But Amanda dropped the polish when Imani was defending Naya Benedict (Ptosha Storey) from a perceived opportunist.

The Young And The Restless Spoilers – Unanswered Questions Drive The Day

Amanda agreed to have Devon Hamilton (Bryton James) accompany her to Naya’s home on Christmas Eve. But the post-New Year’s trip she took to Wilmette, Illinois, was a solo effort.

The determined conversation Amanda had with Devon in her Grand Phoenix Hotel suite about Naya reminded fans of many exchanges he had with Hilary, as James’ character was surely thinking. Then, the sight of Amanda loudly calling out Naya on the front porch of her home, which included comments about the neighbor’s awareness of her words, was Hilary-like drama.

Y&R has made the Amanda character work because Morgan has been given a distinctly different character to play. The actor has spoken about how her physical demeanor, in particular, is different than when she was portraying Hilary.

It is believable to see elements of Hilary in her surviving sister because of the emotionality of this situation. The nature of Amanda’s existence and the unanswered questions that persist regarding why she was put into the government system, while Hilary was given to a cousin, Rose Turner (Leslie Stevens), sparked curiosity, frustration, and now, anger.

Amanda is likely to revert to what is seen as her normal form as long as Y&R resolves the issues noted in a timely fashion. That will be needed, as she’s not Hilary and can’t be allowed to behave in that manner too often.

The Young And The Restless Spoilers – Former Couple Fading Away

As part of the above storyline, Y&R is writing Elena Dawson (Brytni Sarpy) and Devon’s personal history to the shelf. Their break was a bit forced, as the Nate Hastings (Sean Dominic) angle did feel a bit coerced.

However, that paring is plausible, as is the amount of time that’s passed since Elena and Devon broke up. They are now able to interact in a civil manner, with recent angst greatly diminishing.

The shift of Devon’s feelings from Elena to Amanda does feel natural. Devon’s connection to Amanda’s personal pursuit and his enduring bond to her sister makes him more than a family member via marriage. He’s also become Amanda’s go-to confidant.