New Bold And The Beautiful Spoilers: Flo Tells Summer Everything, But Trashing Sally Has A Price 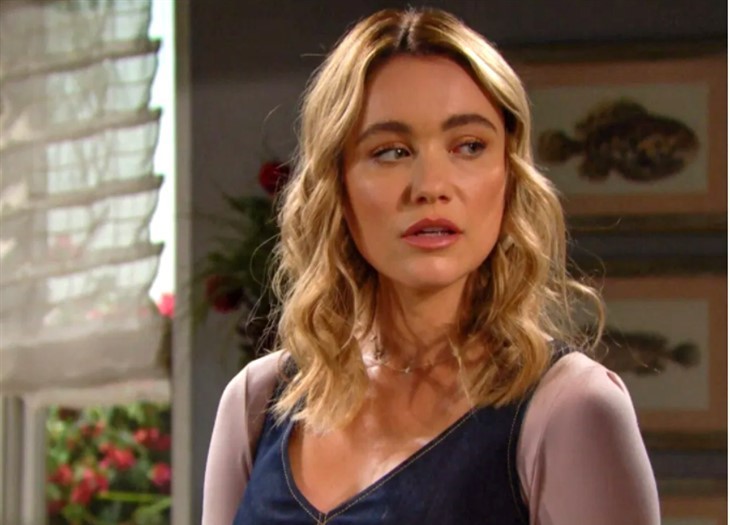 New Bold and the Beautiful spoilers reveal that Wyatt Spencer (Darin Brooks) won’t tell Summer Newman (Hunter King) anything about Sally Spectra (Courtney Hope). However, Flo Fulton (Katrina Bowden) overhears the conversation on the CBS soap opera. When Wyatt’s not around, she tells Summer everything. However, Bold and Beautiful spoilers show trashing Sally could come with a high price tag.

The Bold And The Beautiful Upcoming Spoilers – Summer Newman’s Grilling

B&B spoilers reveal that Wyatt believes that Summer’s main objective is a possible collaboration between JCV and Spencer Publications. However, the business chat without warning turns into discussing Sally. Wyatt is really surprised by this and caught off guard. Even though he was angry with Sally for deceiving him by pretending to be dying, he doesn’t hate her.

No matter how sly Summer tries to be about her questioning, Wyatt knows what she is doing. He’s not pleased with the turn in the conversation. He refuses to trash Sally because a part of him will always love her. So, he only gives Summer very generic and vague answers. Instead of this turning Summer away, it just makes her even more confident that there is something huge in Sally’s background that she can use against her.

The Bold And The Beautiful Episode Spoilers – Flo Fulton Is Intrigued

The Bold and the Beautiful spoilers reveal that Flo is listening to Wyatt and Summer’s conversation. Wyatt suddenly ends the meeting when he realizes that he’s late for another appointment. He rushes out of his office and leaves Summer alone. That is when Flo takes her chance and approaches Summer. She informs the visitor that she can tell her everything she’s ever wanted to know about Sally.

Flo believes that the only reason that Wyatt wouldn’t tell Summer anything is that he’s such a nice guy and believes in second chances. However, Brooks told Soap Opera Digest that a part of Wyatt will always love Sally. He also wants the best for her and hopes she is doing well. So, when Flo tells Summer all the dirt she could possibly want, it could come with a high price tag. She might be ending her own relationship and not even realize it.

The Bold And The Beautiful Spoilers: Liam And Hope Face A Tough Challenge To Save Their Marriage https://t.co/eU6FNpvNCo

Could this drive Wyatt to go looking for Sally and try to protect her? It’s possible, especially since he’s curious why she moved to Wisconsin and demoted herself by accepting an assistant position. It has him interested in Sally’s odd decision, but it also has him worried about her. He wanted her away from him and Flo but didn’t mean for her to leave L.A., much less the state. He also never wanted her to take a step down in her career. So, we will have to keep watching to see how this turns out.

Be sure to catch up on everything happening with B&B right now. Come back here often for The Bold and the Beautiful spoilers, soap opera news, and B&B episode updates.