The Young And The Restless Spoilers: Abby Can’t Get Pregnant – Is Chance The Problem? 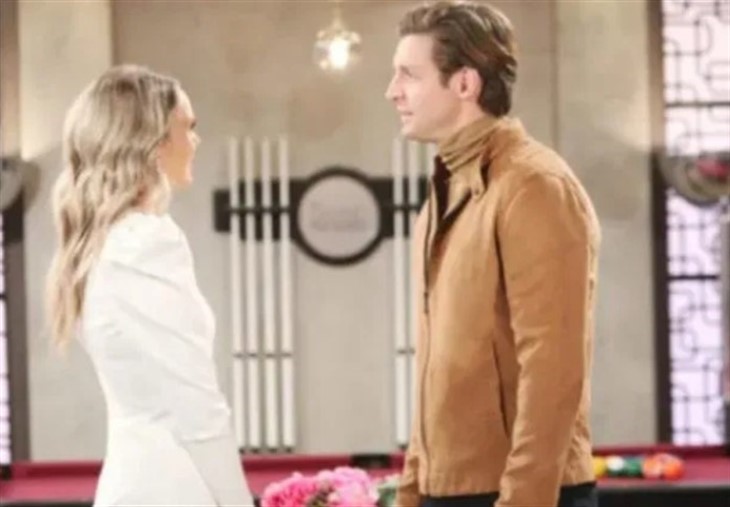 The Young and the Restless spoilers document that in Genoa City, Wisconsin Abby Newman Abbott Chancellor (Melissa Ordway) continues to take all necessary steps in order to become a mother. She’s praying that she and her new husband will soon become the parents that they’ve anticipated being. But a connected issue hasn’t been raised that could cause the focus of this effort to dramatically shift.

Chabs is fully in love, with Abby being the happiest she’s ever been. Chance Chancellor (Donny Boaz) is totally smitten with his new wife and wants to start a family with her. But Chance’s good intentions might be dashed by his inability to become a father.

Abby lost a baby in the recent past. She and Ben Stitch Rayburn (Sean Carrigan) were expecting a child. But Ben’s son, Max Rayburn (Jared Breeze) exhibited deeply unbalanced behavior that caused Abby to intentionally fall down the stairs at the Genoa City Athletic Club.

Stabby didn’t end because Max caused the loss of his future sibling. Instead, Y&R’s writing staff had Ordway offer dialogue where her character claimed to have never loved Stitch. That was a stretch and actually represented a way to write Carrigan’s character out of the show.

Of course, there is no confirmation regarding whether Abby will be able to become pregnant, or whether Chance will be able to father a child. This could simply be the use of intentional drama in order to not allow Chabs to have a smooth flow at the start of this marriage.

All has gone exceedingly well in the formation of Chabs, which leaves no room for conflict. So, it’s reasonable to believe that Y&R is simply delaying Abby’s pregnancy for a while, with that representing the drama in this storyline.

But even if Chance and Abby aren’t able to have their own child or children, there are other positive alternatives.

The Young And The Restless Spoilers – Looking Optimistically Into The Future

It feels likely that by this time next year Chabs will be parents. A feel-good pregnancy arc that glides from the good news announcement until the boy, or girl’s birthday is a clear plot path that can be taken.

However, adoption is an option that would also make for a compelling story. This couple could embrace a newborn soul who needs two solid parents. Alternatively, the writing staff could have an older child move into the Chancellor mansion. That choice would certainly create the option of a non-traditional and surely compelling storyline.