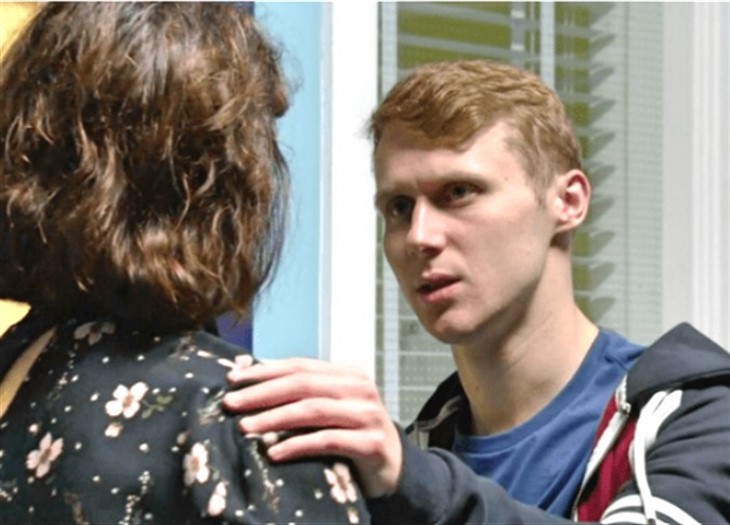 Eastenders spoilers reveal that in Walford Billy Mitchell (Perry Fenwick) was furious when he caught Jay Brown (Jamie Borthwick) and Honey Mitchell (Emma Barton) kissing. Then, Honey heard Jay promising his former foster father that the kiss meant nothing. Jay and Honey will finally admit their true feelings, but have to decide whether love is worth their relationship with Billy.

Eastenders spoilers reveal that since her drugging and near-assault, Honey has developed feelings for Jay. Fans speculated this for quite some time, even before the horrendous ordeal. Then, Jay saved the day for Honey when the refrigerator broke down and she thought canceling the event was the only option. The two shared a kiss just when Billy walked in.

Eastenders spoilers reveal that even though he is no longer with Honey, Billy has never stopped loving her. So, watching her kiss his former foster child was hurtful. However, Jay and Honey are both adults and single. Despite Jay having feelings for Honey, he insisted to Billy that the kiss meant nothing, which Honey overheard. All she wants is Jay to be honest with her, according to Inside Soap magazine.

“Honey just wants Jay to be honest — there’s something special between them. When he finally tells her that he was wrong to dismiss the kiss and that he does have feelings for her too, it’s music to Honey’s ears.”

It is teased that Jay will finally admit his feelings for Honey. Of course, she will also admit that she feels something special between them. However, what do they do about Billy? He already said that he would not tolerate or support the two gettings involved with one another. A source told the magazine, “Honey and Jay might have to sacrifice their relationships with Billy to be together, so it’s a huge decision. They could keep it a secret, but that wouldn’t sit well with either of them.”

Eastenders Spoilers – Is Love Worth The Sacrifice?

Eastenders spoilers reveal that Billy might suffer a broken heart at first. However, it’s not fair to prevent two consenting adults from being together, even if it doesn’t feel right to some people. Billy might be raging mad at first, but eventually, he might come around. It’s either that or lose the two people that he cares about, who are going to be together no matter what he says.

What do you think is going to happen with Jay Brown and Honey Mitchell? What will they decide to do about their blossoming feelings? How will they handle Billy Mitchell and could he eventually come around? We will have to keep watching the soap to find out how this storyline develops over the next few weeks.