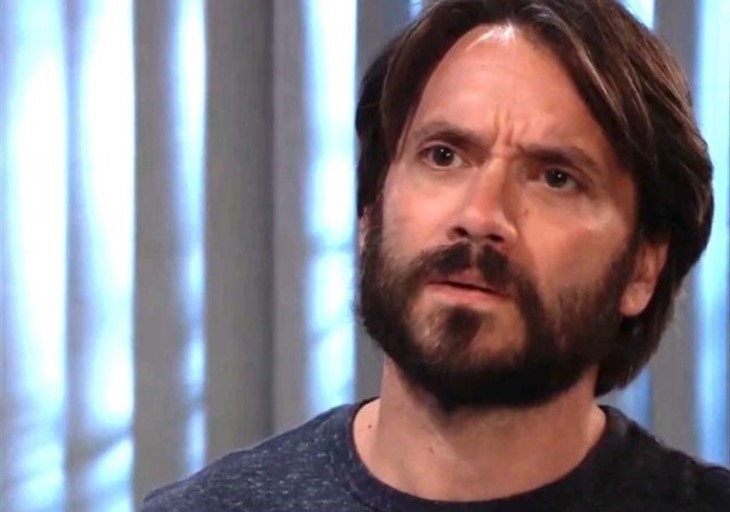 General Hospital spoilers tease that while Dante Falconeri (Dominic Zamprogna) is physically back in Port Charles, NY, his emotional and mental state is changed—as is his appearance! Gone is the clean-cut PCPD detective look and in is a rough-hewn mountain man look. It is perfect for the new darker, edgier persona Dante is rocking these days. But not everyone is loving the shaggy beard.

His fellow Port Chucksters have commented on the new look as having his parents. Now one of them is joking about it on Instagram in a funny way.

Benard shared an Instagram video in which they are debating about their onscreen son’s look. LoCicero as Olivia and Benard as Sonny is demanding to know why their son is not taking care of his hygiene and mama Olivia wonders where those alpha male gold chains are!

In character, Dominic says the look signals the new him, and Sonny screams I don’t like the beard you look like a mountain man! Still, Olivia is much more concerned about the bling. Did he hawk it at a pawn shop?

Olivia yells, “You used to be concerned about things, but now you have a chip in your brain and you act crazy.” But does he still love mom’s lasagna, that’s the real test. Olivia recently switched it up and took manicotti to Sonny’s “memorial” surprising everyone—maybe she is taking a cue from her son about changing in the new year?

General Hospital Spoilers – What Happens Next In Port Charles, NY?

Will Dante ever come out of his funk and stop responding to those pesky controlling pen clicks? When he hears the pen click he mutters, “complete the mission” which means to take out Peter August (Wes Ramsey). He was programmed back in Switzerland and now is running amok with the same agenda in Port Charles. It doesn’t look good for Old Dante given the fact that his ex Lulu Spencer (Emme Rylan) is off in a coma and now he’s spending time with town bad girl Sam McCall (Kelly Monaco).

It appears that New Dante is indeed here to stay at least until he gets rid of the facial hair. Has Sam commented on what she thinks of the beard?