The Bold And The Beautiful Spoilers: Will Steffy Be Honest With Liam & Finn – Paternity Test Tricks Ahead? 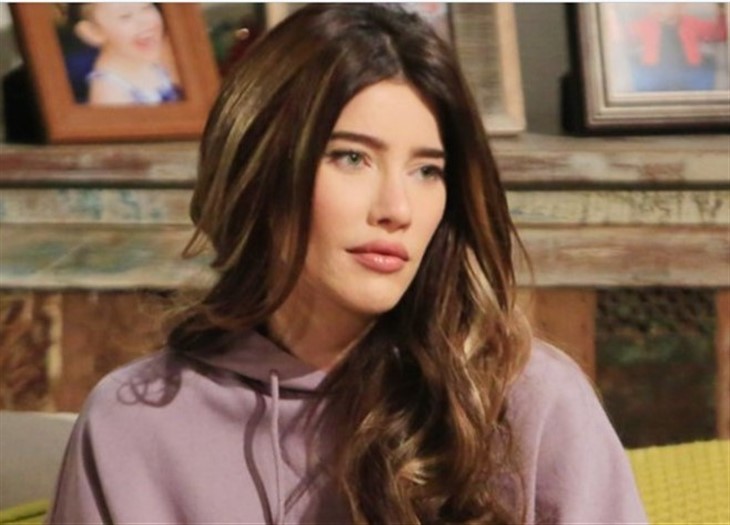 The Bold and the Beautiful spoilers document that in Los Angeles Steffy Forrester’s (Jacqueline MacInnes Wood) instinct, to withhold the truth from Hope Spencer (Annika Noelle) and John Finnegan (Tanner Novlan) about what happened with Liam Spencer (Scott Clifton), winks at a further shaky potential. Steffy could opt to manipulate the paternity test.

The scientific effort will determine if Liam or Finn is the father of Steffy’s expected child. Being that this is daytime drama, the potential for duplicity exists. However, if Steffy makes an effort to produce the result that she wants it would be with good-hearted intentions in place.

Steffy should not have allowed herself to become involved with Liam at the cliff house late last year. Just that one incident could mean that he is the father of the third child they would have together.

Hardcore fans know that Steam was going to have a baby boy years ago, but that Steffy’s first motorcycle accident tragically caused a miscarriage. Current viewers know that Kelly Spencer (Avalon and Colette Gray) is the daughter they had in more recent years.

So, Steffy’s love and emotional tie to Liam is clear. Instead, her realization that it’s best for all involved if she moves onto a life with Finn may drive the paternity test outcome.

Sinn is the apt nickname that describes this highly likable couple. Finn is a good guy, who is totally committed to Steffy. He’s not only sincere but doesn’t have the complex connections that Liam brings to any renewed relationship Steffy would have with Clifton’s character in a potential reboot.

Everyone likes Finn, which includes Liam. While he was initially skeptical of Novlan’s character, Liam came to see that Finn is devoted to Steffy and is trusted to be part of Kelly’s life.

It’s natural for Steffy to want Finn to be the father, as she saw him as her next soul mate before the cliff house event unexpectedly happened.

The Bold And The Beautiful Spoilers – Intentional Act Or Honest Mistake?

B&B can write the paternity test storyline in a number of directions. There could be manipulation, where Finn is said to be the father, but isn’t. That eventual reveal would then seem likely to play out sometime this year.

However, it’s also possible that Steffy does nothing wrong and a technical error happens. That would be a form of head-fake, with no manipulation, as Finn, or Liam is falsely confirmed as the father. The implications of that scenario project as eventually surprising all involved, with the father reversal creating a different type of delayed outcome.